PARIS (XINHUA) - The United States uses its so-called long-arm jurisdiction as a weapon to stymie competition and other countries need to join hands to counter such a unilateralist practice, said a former executive of French company Alstom.

In a recent interview with Xinhua, Mr Frederic Pierucci recalled his personal experience with the extraterritorial reach of US laws as president of Alstom's furnace division, based on which he co-authored a book entitled The American Trap.

"I hesitated a long time before publishing The American Trap, but now I don't regret it. In all modesty, I think that it contributed to a rise in awareness by employees, company leaders and politicians on this subject," he said.

Mr Pierucci said the US Department of Justice (DOJ), without notifying him first, filed charges against him in 2012 for breaching America's Foreign Corrupt Practices Act (FCPA) for his alleged role in a corruption case involving Alstom in 2003-2004 in Indonesia.

In April 2013, Mr Pierucci was arrested in New York by the US Federal Bureau of Investigation. A year later, Alstom was asked to pay a huge fine of US$772 million, which eventually led to the partial acquisition of the French company by General Electric, its arch-rival.

"My book describes my descent into hell, and shows how the DOJ used me to make Alstom pay the biggest fine in its history for having broken the FCPA," Mr Pierucci told Xinhua.

"That facilitated the buyout of 70 per cent of Alstom by its main American competitor General Electric, blocking a potential merger between Alstom and Shanghai Electric Company," he added. 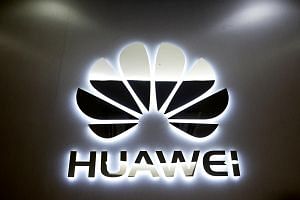 Huawei v the US: Trump risks a tech cold war

For himself, the lawsuits filed by the US were a nightmare.

"In total, during two 'trips' made in a three-year interval, I spent more than 25 months in prison in the United States, 14 of which in high security quarters," he said.

"I could only see my wife twice through a bulletproof window, and I could not see my four children during these periods," he added. "On the request of the DOJ, I was also fired by Alstom for 'abandoning my post' while I was incarcerated. My career was destroyed."

A precise and detailed analysis of the facts and of jurisprudence shows clearly that the US uses its own judiciary system as an economic weapon with the objective of weakening competitors, going sometimes as far as to buy them up cheaply, said Mr Pierucci.

"By buying out Alstom, the United States gained control of the maintenance of all the French nuclear power plants, which produce 75 per cent of the electricity produced in the country," he recalled.

The United States is now using a very similar strategy against Huawei, said the erstwhile Alstom executive of Washington's recent sanctions against the Chinese telecom giant.

The US Commerce Department earlier this month put Huawei and its affiliates on a blacklist that requires the federal government approval for any sale and transfer of US technologies to the Chinese firm. Huawei CFO Meng Wanzhou has been arrested in Canada at the request of US authorities.

Noting that "in the background there is of course a trade war between China and the United States", Mr Pierucci said "everyone knows Huawei has taken the lead compared to its competitors" in terms of 5G technology.

Now that it is widely known that the US uses law as an economic weapon of war, all other countries in the world should unite in order to counteract such US unilateralism, he suggested.