Eight new cases of the coronavirus were confirmed yesterday from Hokkaido in the north to Okinawa in the south, raising fears of a "stealth outbreak" in Japan.

Cases have also emerged around Tokyo, the world's most populated metropolitan area, where a woman in her 80s in Kanagawa prefecture became the country's first coronavirus-related death on Thursday. Her son-in-law, a taxi driver in his 70s in Tokyo, was infected.

In the Kansai region, a surgeon and a patient at the same hospital in Wakayama, which borders Osaka, are suffering from Covid-19.

The spate of new cases brought the number of domestic cases to 41 last night, with another 218 confirmed cases on board the luxury Diamond Princess cruise ship which is under quarantine off the coast of Yokohama. Ten passengers are in serious condition, of which eight are confirmed to be suffering from Covid-19.

Japan yesterday began evacuating from the ship passengers aged 80 and above, who either have pre-existing medical conditions or stay in cabins with no windows.

The huge cluster of cases on board the vessel - with nearly 6 per cent of the 3,711 people on the ship manifest infected - has inflamed regional fears.

Another cruise liner, the MS Westerdam, spent two weeks adrift since it set sail from Hong Kong on Feb 1 with 1,455 passengers and 802 crew members.

It was turned away by Taiwan, Japan, the Philippines, Guam and Thailand - before Cambodia allowed it to dock in its port city of Sihanoukville. Prime Minister Hun Sen greeted disembarking passengers yesterday with handshakes and bouquets of roses.

Back in Japan, the ordeal of the stranded passengers on the Diamond Princess is set to end only on Wednesday at the earliest.

Japan vows to step up efforts on coronavirus testing, containment after first fatality

Two new cases yesterday were traced to the ship. One of them is an Okinawa taxi driver in her 60s, who said she drove cruise passengers when they disembarked in Naha on Feb 1.

The other is a man in his 30s who escorted infected passengers from the cruise to hospitals on Feb 10. A quarantine officer who worked on the ship last week had earlier tested positive.

Hokkaido also confirmed a case yesterday, a resident in his 50s with no recent travel abroad. He is now in intensive care.

Over in Nagoya, a man in his 60s first developed flu symptoms on Feb 3 when he was on holiday in Hawaii. He had a 39 deg C fever on Feb 8, after returning to Japan.

Two new cases were confirmed in Tokyo yesterday, tied to the infected taxi driver. They had all attended a New Year's gathering on a "yakatabune", or Japanese-style houseboat, on Jan 18.

An employee on the yakatabune, as well as a staff member of a taxi driver's union, were confirmed to have been infected yesterday.

The yakatabune employee has said that he might have come into contact with tourists from Hubei province, of which Wuhan is the capital, days before the event.

Separately, a company employee in his 20s in Chiba prefecture, to the east of Tokyo, has also tested positive for the coronavirus.

But nothing has connected him to any of the existing cases, prompting prefectural health crisis response official Shuichi Kubo to answer, when asked how the man was infected: "We don't know."

The sudden cases emerging all around the country have left the authorities scratching their heads as to who is Patient Zero in each of these clusters, as they rush to contain the spread of the virus.

While the Health Ministry has said there was still no evidence of any community spread, domestic media have cited experts who say that a "stealth outbreak" could already have happened. 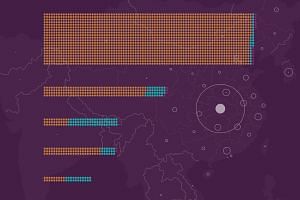 Tohoku University Professor Hitoshi Oshitani told Jiji Press that efforts should focus on reducing the speed of contagion and treating the severely ill, as an epidemic is "likely occurring to some extent".

In Wakayama, officials yesterday confirmed that a patient at the Saiseikai Arida Hospital was suffering from Covid-19, a day after they said a surgeon had been infected.

The farmer, in his 70s, is in serious condition. But officials stressed that doctor-to-patient transmission was unlikely, as the farmer was not treated by the infected surgeon.

They raised the possibility that both men were infected outside hospital grounds.

At least three others at the hospital - a doctor and two other patients - have developed symptoms of pneumonia. Some 150 medical staff and patients are now being tested for the new coronavirus.

Health Minister Katsunobu Kato said an infectious diseases expert will be deployed to the hospital.