WASHINGTON (WASHINGTON POST) - The White House's original choice for US ambassador to South Korea is no longer expected to be nominated after he privately expressed disagreement in late December with the Trump administration's North Korea policy, according to people familiar with the matter.

Victor Cha, an academic who served in the George W. Bush administration, raised his concerns with National Security Council (NSC) officials over their consideration of a limited strike on the North aimed at sending a message without sparking a wider war - a risky concept known as a "bloody nose" strategy.

Cha also objected to the administration's threats to tear up a bilateral trade deal with Seoul that Trump has called unfair to American companies. The administration last week imposed new tariffs on imports on washing machines and solar energy panels, a move criticised by the South Korean government.

The White House had spent months conducting a security and financial background check on Cha and US officials formally notified Seoul in December of President Trump's intent to send his nomination to the Senate.

Newspapers in Seoul hailed his pending appointment in December and South Korean diplomats in Washington were pressing the White House to formally nominate him to the Senate, hoping to have him in place in time for the Olympics, which start Feb 9 in Pyeongchang.

But the nomination never came. A senior administration official confirmed this week that the White House had moved on to other potential candidates.

"We have yet to nominate anyone for the post, but it is our intention to do so as soon as we can find the appropriate candidate," said the official, who spoke on the condition of anonymity to discuss a personnel matter.

Trump is expected to discuss his approach to North Korea during his State of the Union address to a televised joint-session of Congress on Tuesday night. 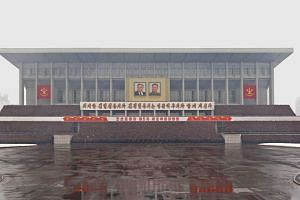 A person familiar with the nomination process said a flag was raised during Cha's background check that led officials to determine he could not serve in the ambassador's post. But this person, who was not authorised to speak on the record, did not offer specifics.

Officials at the White House and State Department did not respond to several requests for comment on Cha's situation. Cha declined to comment.

The abrupt derailment of Cha's nomination comes after months of growing tensions between the United States and North Korea. The Trump administration and the United Nations have enacted stiff economic sanctions and sought to increase diplomatic pressure on Pyongyang over its continued nuclear and ballistic missile tests.

Trump has threatened to use military force if necessary and engaged in a war of words with North Korean dictator Kim Jong Un. Last month, Trump wrote on Twitter that his "nuclear button" is "much bigger & more powerful."

Though Washington and Seoul agreed to temporarily pause joint military exercises through the two-week Olympics and the North agreed to send a delegation to the Games, experts said the tensions are likely to continue to escalate.

Marc Knapper, a civil servant who is the charge d'affaires at the US Embassy in Seoul, has overseen diplomatic operations there since former ambassador Mark Lippert, appointed by President Barack Obama, left shortly before Trump took office last year.

Cha is well-known in Washington's foreign policy circles, having served as Asia director at the NSC under Bush. He participated in the Six-Party talks with North Korea as the deputy head of the US delegation, and was generally considered hawkish on security issues involving the North.

He currently serves as the Korea programme chair at the Centre for Strategic and International Studies and is director of Asian studies at Georgetown University's School of Foreign Service. Cha did not sign either of the two "never Trump" letters circulated by national security establishment figures during the campaign who have mostly been blackballed for administration jobs since Trump won the election.

Experts said the White House's presidential personnel office handles vetting of political appointees. Cha's background check was said to be extensive and he signed an ethics letter agreeing to step down from CSIS and Georgetown once he was confirmed by the Senate.

A former Obama administration official who knows Cha but was unfamiliar with the specifics of his case said that a background vetting issue raised this late in the process - after Agrement was completed - was highly unusual.

"The South Korean government received Agrément and granted a quick turnaround before the end of (last) year," said the former Obama official, who spoke on the condition of anonymity to provide background on the vetting process.

"It's inconceivable that there would be anything so complex in the portfolio of an academic that wouldn't be quickly resolved" months ago, this person said.

Two people who know Cha suggested Trump aides had second thoughts on his nomination over policy disagreements with him concerning how to respond to North Korea's nuclear and ballistic missile testing.

During a forum Cha hosted at CSIS in September, former US Secretary of State Madeleine Albright warned that the Trump administration should not "ramp up the rhetoric."

Sitting next to Cha, Albright emphasised the merits of diplomacy and said: "It would be great if we had an ambassador in Seoul" - prompting laughs from the audience.

Vice-President Mike Pence will lead the official US delegation for the opening ceremonies at the Olympics.