Brown was left cooling his heels at a hotel room in Manila for three days last month as the immigration bureau stopped him leaving the country over a concert row with the Iglesia ni Cristo (Church of Christ).

The Canadian promoter, Michael Pio Roda, was arrested. He denies he and Brown received one million dollars for a December 31 concert hosted by the sect last year in which the US R&B star was a no-show, his lawyers said in a statement to AFP.

"To hold Mr. Pio Roda accountable for the entire one million dollars... is not only without legal or factual basis but is a travesty of justice and a continued violation of human rights," it added.

Iglesia-linked local concert producers Maligaya Development Corp have asked the justice department to file criminal fraud charges against Brown and Roda for failing to show up at the concert even though they had been advanced their million-dollar fee. 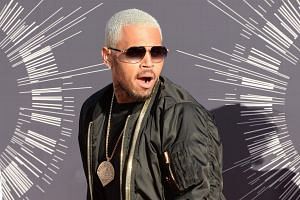 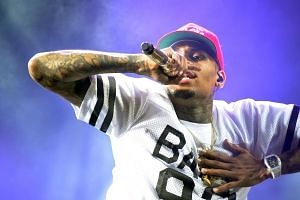 Chris Brown rants, breakdances in a hotel after he is barred from leaving the Philippines 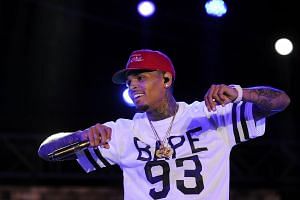 Philippine prosecutors are studying the fraud complaint to determine if criminal charges will be filed in court.

Brown did not attend the show due to a lost passport.

The tattooed and gold-toothed star performed at another concert in Manila last month, but was stranded in his hotel due to the fraud complaint.

He lit up the Internet during his forced stay in Manila, posting bizarre videos where he break-danced and got down on his knees, begging the authorities to allow him to leave and resume his world tour.

Despite eventually being allowed to leave the country, the fraud complaint hearings against the hitmaker will proceed, authorities said.

A spokesman for the Iglesia was unavailable on his mobile phone Friday, while a Maligaya official declined comment when contacted by AFP.

He and Brown received another $578,750 in advance from another company involved in Brown's show, J Williams Management, the statement said.

However, there was already agreement between the parties that this will be repaid under a "compromise" signed last month before Brown's Manila concert, it added.

"Mr. Pio Roda's Gestapo-like arrest and detention beginning 23rd July 2015 and the filing of a one-million-dollar criminal complaint is a shocking development, if not a reflection of bad faith in breach of the terms of the compromise agreement," it said.