BEIJING (BLOOMBERG) - China's Sinovac Biotech defended the efficacy of its Covid-19 shot, saying the vaccine that is being rolled out from Indonesia to Brazil despite inconsistent data readouts is more effective in preventing the disease if the two-dose regime is administered over a longer time frame.

Nearly 1,400 of the 13,000 people who took part in clinical trials of Sinovac's vaccine, called CoronaVac, received their doses three weeks apart, while most of the volunteers in the Brazil-based trials got the second jab two weeks after the first.

The protection rate for the smaller group was nearly 20 percentage points higher than the 50.4 per cent rate observed in the majority, Sinovac said in a written response to Bloomberg News.

The comments come after CoronaVac delivered vastly different efficacy rates in four clinical trial sites, fuelling concern over whether the vaccine that is key to the inoculation campaigns of some of the world's Covid-19 hot spots will be effective in stemming outbreaks.

Indonesia's President Joko Widodo got the vaccine on national TV last week, while Brazil, home to the world's third-biggest coronavirus outbreak, authorised it for emergency use last Friday.

In its response, Sinovac also reiterated that the participants in its Phase III trial in Brazil - the largest one for CoronaVac undertaken worldwide - were medical workers who tended to Covid-19 patients, arguing that they faced higher exposure to the highly infectious pathogen.

"The vaccine's ability to protect medical workers in active outbreaks could significantly improve if they are administered between 21 and 28 days," the company said in its statement to Bloomberg.

Shots developed by Pfizer-BioNTech and Moderna that are now being administered around the world generated much higher efficacy rates of more than 90 per cent in final-stage trials that included a more diverse range of people, according to the companies' statements.

Sinovac earlier indicated that the prevalence of medical workers in its Brazil trial was why the efficacy rate was so low.

An experimental shot must be at least 50 per cent effective in preventing symptomatic Covid-19 to be approved for general use, a threshold widely held by major drug regulators around the world and the World Health Organisation.

The fresh details provided by Sinovac indicate that CoronaVac could be more than borderline effective in preventing the disease from taking hold in those who take it, but also risk adding to the general confusion around the shot.

Trials in Indonesia and Turkey delivered efficacy rates ranging from 65 per cent to more than 90 per cent but have been deemed largely inconclusive because of the small number of participants and fewer Covid-19 cases involved.

The rate described for the smaller group in Brazil would put the vaccine on a par with results seen for the shot co-developed by AstraZeneca and the University of Oxford, which is being deployed in places like India.

As vaccines are rolled out more broadly, greater attention is being paid to dose intervals and whether the time between shots plays a role in the immune response among vaccinated people.

Dr Yang Xiaoming, chairman of the other Chinese Covid vaccine front runner, China National Biotec Group, said in an interview with the state-run news agency Xinhua last week that its vaccine - which is already approved in China for general use - could generate more lasting immunity and higher levels of antibodies if given three or four weeks apart, compared with one or two weeks.

Earlier this month, the US Food and Drug Administration pushed back after a key health official suggested cutting dosage levels could be a way to immunise more people more quickly. The agency urged that vaccines be given according to how the FDA authorised them, saying changes may not guarantee the high level of protection observed in trials and risk endangering public health.

Thailand on track to use Sinovac Covid-19 vaccine, despite trial data showing 50.4% efficiency

Despite the inconsistencies in its publicly announced efficacy rates, CoronaVac continues to be approved for use, with Brazil the latest country to endorse its administration on an emergency basis. Turkey authorised Sinovac's shot on Jan 13 and it was given to President Recep Tayyip Erdogan, according to the company.

Meanwhile, Sinovac is submitting data for review in its home country, where the regulator endorsed CoronaVac for emergency use in July last year and is expected to rule soon on its viability for broader, general use.

China's National Medical Products Administration uses a slightly different standard to define Covid-19 cases in trials, which could lead to yet another efficacy rate for the shot.

Over 10 million doses of Covid-19 vaccines administered in China

The Chinese regulator's definition of Covid-19 in clinical trials is a CT scan showing legions in the lung, or two atypical or one typical symptom for more than two days, plus a nucleic acid test detecting the virus in samples.

The Brazilian trial protocol, however, only requires a positive nucleic acid test result and any symptoms lasting more than two days, according to a diagram that Sinovac provided to Bloomberg. 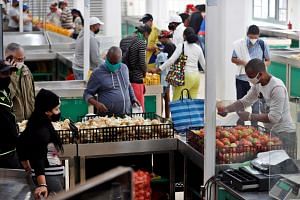 When will life return to normal? In 7 years at current Covid-19 vaccination rates 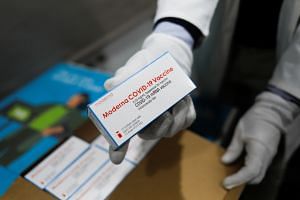 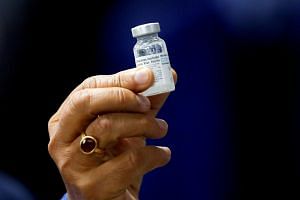 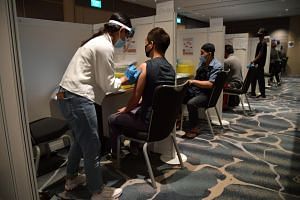 Anaphylaxis and other Covid-19 vaccine side effects: Should I be worried? 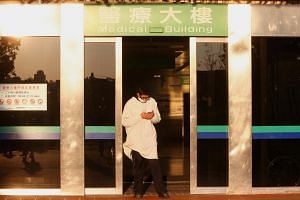 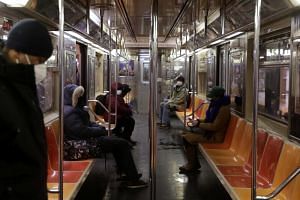 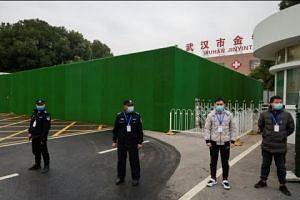 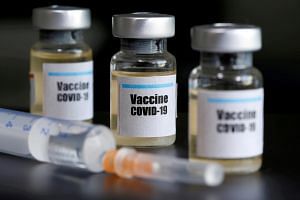 Why tweaking the Covid-19 vaccines won't be simple 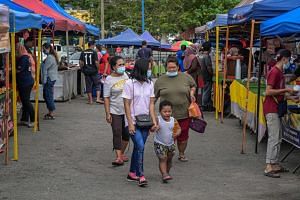 Malaysians' non-compliance with rules is pushing up Covid-19 cases 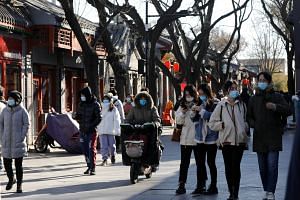