BEIJING (CHINA DAILY/ASIA NEWS NETWORK) - By the end of 2018, China's installed capacity for renewable energy reached 728,000 megawatts (MW), up 12 per cent on a year-on-year basis. It took up 38.3 per cent of the total installed capacity, growing 1.7 percentage points year on year, demonstrating that the alternative role of renewable energy has become increasingly important.

"The utilisation rate of renewable energy is constantly going up," said Li Chuangjun, deputy director of the new energy department of the NEA.

According to the NEA, in 2018, power generated by renewable energy totalled 1.87 trillion kilowatt-hours, 170 billion kwh higher than the previous year. Renewable energy generated 26.7 per cent of the total power, up 0.2 percentage point year on year.

Also, as revealed by the NEA, in 2018, the national average hydropower utilisation rate was around 95 per cent.

"Ever since the government introduced guidelines on renewable energy consumption, large electricity companies such as the State Grid Corp, the China Southern Power Grid, and the Inner Mongolia Power (Group) Co, have been continuously improving system adjustment capabilities, and optimising operations, so that the utilisation rate of renewable energy grew significantly, and the situation of hydropower, wind power and power curtailment has eased to a large extent," Li said. 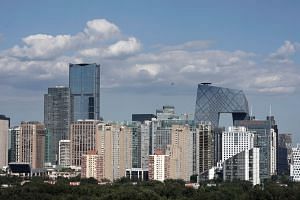 According to the guideline, by 2018, China's wind power utilisation rate should be higher than 88 per cent, while photovoltaic power and hydropower utilisation should both surpass 95 per cent.

Furthermore, the nation aims at raising both its wind power and hydropower utilisation rates to 95 per cent.