BEIJING (BLOOMBERG) - Chinese authorities have issued warnings about parcels being potentially contaminated with Covid-19 just as the country's biggest annual online shopping festival looms, after three workers at a small company that makes children's clothing tested positive for the virus.

Authorities are testing packages and monitoring people who've handled them after the infections were discovered at Haohui Ecommerce Co., which is based in Hebei, a province surrounding Beijing. Parcel-delivery services in two cities there - Xinji and Jinzhou - as well as the town of Shenze have been halted, according to a government statement.

Some 300 packages have been tested, all coming back negative. Testing has also taken place in a small county in south China's Guangxi, where 16 parcels from the company were shipped in what authorities described as a "Covid-related mail chain".

The local health commission said anyone who touched the parcels need to undergo Covid-19 tests and monitoring.

Meanwhile, authorities in Inner Mongolia's Xilinhot have told people who shopped at or received packages from another clothes store in the past month to report to the local disease prevention department after more traces of Covid-19 were detected. No positive tests have been linked to the items.

China has previously inspected goods such as imported frozen food for the virus.

China is persisting with a Covid-zero approach, hunting down every potential infection in an effort to contain an outbreak of the delta variant. Measures include closing schools and entertainment venues, and testing people who have been in the same general area as someone found to be infected.

The National Health Commission reported 39 locally-transmitted infections on Wednesday, taking the total number of cases in the current outbreak above 1,000.

Some people complained on social media that they were forced to quarantine at home because their green code, which tracks health status, turned yellow after they received packages.

Chinese authorities say packages from overseas or high-risk domestic places should be sanitised. Even for goods from low-risk areas, recipients are encouraged to wear masks and gloves when picking up and unpacking deliveries.

Can you catch Covid-19 from delivered packages?

Can coronavirus be spread through frozen food or freight packaging? 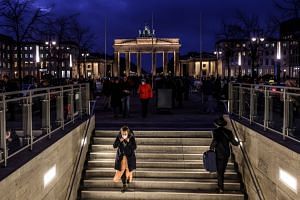 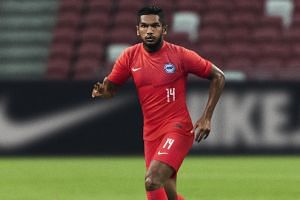