WASHINGTON (BLOOMBERG) – China’s response to US tariffs aims to hit the Trump administration right in its natural resources.

The world’s largest commodities consumer on Friday (June 15) said it will levy a first round of tariffs on US$34 billion (S$46 billion) worth of US agriculture products, as well as automobiles, starting on July 6.

Another US$16 billion in goods, including coal and oil, will be subject to tariffs later.

The escalating dispute sent the prices of everything from soybeans to copper lower and hit the shares of US coal producers, while boosting the prospects for alternative suppliers like Brazil.

By focusing on agriculture and energy, the tariffs target rural communities in states that voted for Trump in 2016.

Beijing’s announcement came less than 12 hours after the US released its list of US$50 billion worth of Chinese products subject to tariffs.

As recently as May, China said it would seek to buy more US agricultural and energy products as part of a tentative trade truce between the two countries.

Farm commodities have been a key battleground in the trade war between the world’s two biggest economies. 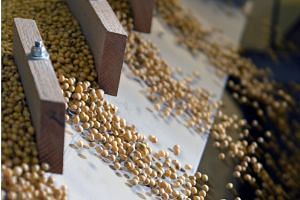 Trump ready to impose tariffs on about US$50 billion in Chinese goods: Official

“Given China’s big trade surplus with the US, it will be more difficult and complicated for China” in the future to retaliate, if Washington expands the tariff to cover more products, said Li.

The new list includes more agricultural produce, including dairy, alfalfa and seafood, than its initial list published in April .

In 2017, China’s agriculture imports from US were worth US$24.1 billion, the People’s Daily reported on May 24, citing customs data. That is about 19 per cent of total farm imports worth US$125.86 billion, according to Ministry of Agriculture and Rural Affairs data.

The coal tariffs strike at the heart of Trump’s energy agenda.

Since he was elected, Trump has been trying to make good on a campaign promise to revive America’s coal industry. They also come as US miners have grown increasingly dependent on foreign markets for growth.

US coal exports jumped by 61 per cent in 2017 as shipments to Asia more than doubled.

A few weeks ago, China was looking at buying more from the US. While it is pursuing a long-term goal of using less coal, the country still produces, consumes and imports more than any other nation. It purchased 271 million metric tons from overseas last year, according to customs data.

The US exported about 3.2 million short tons to China, data from the Energy Information Administration show.

The total value of US coal exported to China last year was about US$395 million, based on an average price of US$122 per ton, according to Bloomberg Intelligence.

About 90 per cent was metallurgical coal, which is used to make steel.

China has been a key recipient of American oil since a 40-year US ban on exports was ended by then-President Barack Obama in 2015.

China is helping to drive a surge in exports from the US – China imported 18.4 million barrels of American crude and oil products in March, making it the third-biggest customer behind Mexico and Canada.

For China, the biggest importer of oil in the world, US crude is just a small part of its portfolio, with major suppliers like Saudi Arabia and Russia having the biggest shares. China spent US$162.3 billion on crude purchases in 2017, with just US$3.16 billion of that going to the US. China’s booming demand for natural gas has also made it a key market for US exports of LNG.

China is the third-largest buyer of US liquefied natural gas, after Mexico and South Korea.

Record production from America’s shale plays has allowed the US to become a net exporter of the fuel for the first time since the 1950s.

China is set to become the world’s largest importer of LNG in the next decade, and several proposed US export projects are seeking long-term buyers to finance construction.

Bloomberg New Energy Finance forecasts China’s imports will grow to 82 million tons a year by 2030, but the country has long-term contracts to supply just 42.5 million tons by then. There had been signs of growing cooperation between the two countries.

Earlier this year, China National Petroleum Corp. signed a 25-year deal with Cheniere Energy Inc. to buy US gas. China Petrochemical Corp. has signed a joint development agreement with a proposed export plant in Alaska, and China Gas Holdings has agreed to purchase 3 million tons of LNG a year from Delfin LNG’s proposed plant in the Gulf of Mexico.

While US automakers import few vehicles into China, the tariffs pose a significant threat to BMW's  and Daimler’s American factories that make vehicles both for domestic buyers and export markets.

Tesla Inc. also builds all of its vehicles in Fremont, California, and the tariffs could compromise affordability in its second-biggest market in the world. Revenue from deliveries to China surged 90 per cent last year to US$2.03 billion.

Last year, China imported only US$12.8 million worth of US spirits, about 70 per cent of which was whiskey, according to the Distilled Spirits Council.

Brown-Forman Corp., the maker of Jack Daniel’s, does not even list China as a top 10 market, though net sales growth there was in the double digits last year.

On Saturday (June 16), China’s Commerce Ministry announced it will collect anti-dumping deposits on imports of hydriodic acid and ethanolamine from the US, of which Iofina Chemical Inc. and Dow Chemical Co. are major suppliers.