BEIJING (REUTERS) - The "substantive progress" China and the United States have made in their trade talks has been "well-received" in both countries and around the world, a senior Chinese official said on Monday (March 4), maintaning Beijing's previous upbeat assessment of discussions.

China and the United States have imposed tit-for-tat tariffs on hundreds of billions of dollars worth of each others' goods, and the talks are aimed at de-escalating a conflict that has roiled financial markets, disrupted manufacturing supply chains and shrunk US farm exports.

"So far they have achieved substantive progress on many issues of mutual interest," Mr Zhang said ahead of parliament's opening on Tuesday.

Mr Zhang noted that aside from the trade dispute, the two countries also regularly clash over issues like human rights, the disputed South China Sea and self-ruled Taiwan, which China claims as its own. 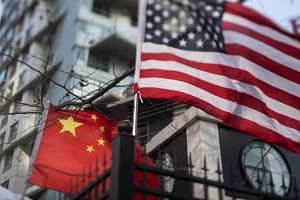 While China will defend its sovereignty, security and development interests, it is also dedicated to having a relationship with the United States based on mutual respect and non-confrontation, he said.

"It's totally normal to have differences and disputes, but this does not inevitably lead to antagonism or confrontation." It is in neither country's interests to clash or have confrontation, Mr Zhang added.

"Using the old thinking of the Cold War to deal with new problems in the context of globalisation definitely won't get you anywhere."