Mr Wen Ku, a spokesman for the Ministry of Industry and Information Technology, said at a news conference that the first commercial 5G smartphones are likely to become a reality this year.

"Chinese enterprises will deepen their partnerships with foreign companies so that global consumers can benefit from faster telecommunications and other 5G-related services as soon as possible," Mr Wen added.

Foreign technology companies have played an active part in China's third-phase 5G tests, which ended in December, and they have prepared pre-commercial devices, he said.

The comments came as China conducts trial operations of 5G systems in several cities and aims to fully commercialise the superfast technology by 2020.

On Monday, a test for virtual reality live transmission via the 5G network in China was successfully completed. The broadcast, enabled by telecom equipment maker Huawei's technology, will allow TV audiences to have a panoramic view of this year's Spring Festival gala.

Mr Wang Yanhui, secretary-general of Mobile China Alliance, an industry association, said: "China's open attitude towards foreign companies in 5G stands in sharp contrast to the US, which banned some Chinese enterprises from entering its telecom market on 'national security concerns'." 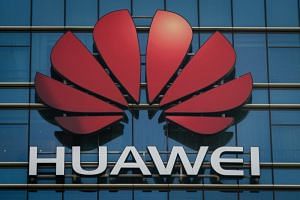 Stakes upped for US and China in 5G race

At the news conference, Minister of Industry and Information Technology Miao Wei called on the US government to stop the "wrong practice" of putting restrictions on exporting US technology and products to Fujian Jinhua Integrated Circuit Co, a major Chinese chipmaker.

"The US Commerce Department is misusing national security concerns and abusing export control measures. It is groundless for a country to use such excuses to put an export ban on a company that is still under construction, and has not yet started mass production," Mr Miao said.

The incident originated from a legal dispute among US chipmaker Micron Technology Inc, Jinhua and Taiwan-based chip designer UMC.

"Jinhua has no technology and all of its technology was transferred from UMC. If there is any technology dispute, it is UMC that should be held responsible," Mr Miao added.

Despite trade frictions between some economies, the top industry regulator said on Tuesday the actual use of foreign capital in China's manufacturing sector reached US$41.2 billion (S$55.7 billion) in 2018, up 22.9 per cent year on year.

A number of major foreign-funded projects were launched in China last year, including US auto giant Tesla's 50 billion yuan (S$10 billion) plant in Shanghai, which effectively rebutted the rumour that foreign capital is fleeing the country.

"We are considering a further expansion of market access to telecom and other industries, with more business scope open to foreign companies," Mr Miao said.

Mr Qu Xianming, an expert at the National Manufacturing Strategy Advisory Committee, said: "China is still a hot choice for foreign investment. The government's push to create a pro-business environment will help overseas companies better tap into the huge market."