BEIJING/WASHINGTON (Reuters) - China has rejected US requests for talks over how American airlines and their websites refer to Chinese-claimed Taiwan, according to sources, including a US official, adding to tensions in a bilateral relationship already frayed by a major trade dispute.

China has demanded that foreign firms, and airlines in particular, begin referring to Taiwan as Chinese territory on their websites, along with Hong Kong and Macau, a move described by the White House in May as "Orwellian nonsense".

Numerous non-US carriers, such as Air Canada, Lufthansa and British Airways have already made changes to their websites, according to Reuters checks.

But several US companies, including Delta Air Lines and United Airlines, were among carriers that sought extensions to a May 25 deadline to make the changes. The final deadline is July 25.

In late May, the US State Department presented China's Foreign Ministry with a diplomatic note requesting consultations on the matter, but the ministry has since refused it, two sources briefed on the situation told Reuters.

"This has definitely become a foreign policy issue," one of the sources said on condition of anonymity, noting that the US government did not view it as a technical matter for bilateral aviation cooperation.

The spat had become "another grain of sand in the wound"amid escalating trade tensions, a second source said, referring to US President Donald Trump's threat to impose tariffs on billions of dollars worth of Chinese imports to punish Beijing for intellectual property abuses. 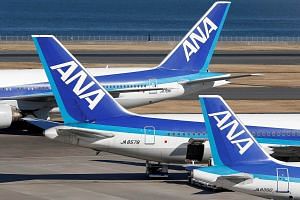 An official with the State Department confirmed to Reuters that China had rejected its request for talks on June 25, adding that it was "disappointed" and had maintained close communication with the airlines but had not told them how to respond to Beijing's demands.

"US airlines should not be forced to comply with this order," the State Department official said.

"We have called on China to stop threatening and coercing American companies and citizens."

Chinese companies are free to operate their websites without political interference in the United States, the official added.

China's rebuff has left the US government weighing its next move.

The White House convened a staff-level meeting on the issue on Wednesday, but it is not clear what it plans to do.

Taiwan is China's most sensitive territorial issue, and Beijing considers the self-ruled, democratic island a wayward province. Hong Kong and Macau are former European colonies that are now part of China but run largely autonomously.

Armed by the United States, Taiwan has always been a major source of tension between Beijing and Washington, but it has been an increasingly contentious issue since Trump took office.

China's Foreign Ministry did not respond to a faxed request for comment, but in May said: "No matter what the United States says, it cannot change the objective fact that there is only one China in the world and that Hong Kong, Macau and Taiwan are indivisible parts of Chinese territory."

Taiwan's Foreign Ministry declined to comment on the latest developments, but this month urged companies to show "courage"in the face of China's "bullying" over the website issue.

The companies have little incentive to defy Chinese regulations, but compliance could put them at odds with US foreign policy.

Delta's chief executive, Ed Bastian, said at a forum in Washington on Wednesday that the airline was working with the U.S. government but would not say whether it would comply.

"We're working with the US authorities on the topic and we'll stay close to our U.S. government," Bastian said, calling it a "good plan of action".

The chief executive of United Airlines, Oscar Munoz, told Reuters in Washington on June 7 that the website issue was a"government-to-government diplomatic issue and again we'll see what comes out of that and we'll react accordingly".

Asked if he would defer to the White House, Munoz said that"I fly to both places and I am deferential to our customers, and again this is not something I am going to solve".

American Airlines said in early June that it had not made changes on its website, and that it was following the direction of the US government.

It is unclear how China might seek to punish airlines that do not comply. But in December it changed rules governing foreign airlines operating in the country, including adding a clause that regulators could change a company's permit if it did not meet "the demand of public interest".