BEIJING – In a much-awaited and some say long overdue move, China has ended its controversial one-child policy that has been blamed for a host of demographic woes such as declining birthrates, gender imbalance and shrinking workforce, and ageing population.

All Chinese couples will be able to have two children, reported the Xinhua state agency in an announcement on Thursday (Oct 29) at the end of a closed-door meeting by top Chinese officials in Beijing.

The one-child policy was introduced in 1979 to help boost economic growth in China’s early years of reform and opening up. But it has been often blamed for abuses such as forced abortions and sterilisations.

Also, population experts say the abolishment might be too late, given how an earlier liberalisation of the policy in December 2013 had produced disappointing results.

Previously only couples who were both single child or those from rural households and ethnic minority groups were exempted. 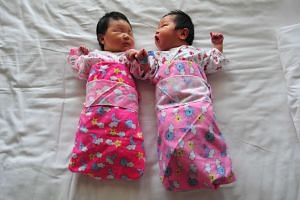 The 2013 move benefited some 11 million eligible couples, as long as one of them has no siblings. But only 1 million applications were received in 2014 with 470,000 new births registered. By May this year, only 1.45 million applied to have a second child.

As a result, the authorities failed to hit its target of 20million new births last year, with only 16.9 million babies born , as more Chinese couples prefer to have only one child due to rising costs of living, among other factors.

The Communist Party also said it would target “medium to high growth” for the world’s No.2 economy in the next five years, reported Xinhua on the key outcomes of the fifth plenary session of the Central Committee of the 18th Party Congress.

The meeting was tasked to finalise the 13th Five-Year Plan, a blueprint for economic and social development between 2016 and 2020.

Expectations are high that China would set a sub-7 per cent growth target for the next five-year period, the first time it has done so in the five-year plans since the late 1970s.