The company has raised suspicions in the west for its close ties to the Chinese government and generated fears the company may be a tool of China's international espionage capabilities.

"It is absurd and ridiculous for the Lithuanian intelligence and security services to rely on conjecture and imagination to make unfounded distortions," the Chinese embassy said in a statement.

It said it was "shocked and surprised" by the "totally unacceptable" statements made by Lithuanian intelligence, insisting that "China does not pose any security threat to Lithuania".

Darius Jauniskis, head of Lithuania's State Security Department, said his agency was analysing the potential "threat" posed by Huawei, whose technology is being used to build the EU and Nato state's new 5G telecommunications infrastructure. 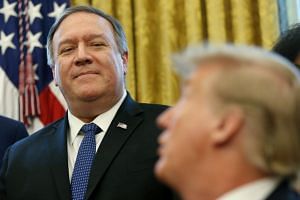 The US considers the matter urgent as EU countries prepare to roll out 5G networks that will deliver near-instantaneous connectivity, vast data capacity and new technologies to Europeans.

Several other countries, under pressure from the United States, have banned Huawei's 5G equipment.

China has limited economic presence in Lithuania, a staunch US ally of 2.8 million people, but talks are under way regarding investments in the Baltic seaport of Klaipeda, according to local officials.

Occupied and annexed by Moscow during World War II, Lithuania broke free from the crumbling Soviet Union in 1991 and joined both the European Union and Nato in 2004.