PYONGYANG - The following is a statement - in English - issued by Mr Kim Kye Gwan, the First Vice-Minister of Foreign Affairs of the Democratic People's Republic of Korea (DPRK), the official name of North Korea, following the cancellation of a high-profile summit between Pyongyang leader Kim Jong Un and US President Donald Trump:

"The historic summit is now high on the agenda between the DPRK and the US, and the preparations for it are being pushed forward at the final stage amid the remarkably great concern of the world.

The sincere pursuit and active efforts made by the DPRK to end the relations of hostility and distrust that have lasted for decades and build a new landmark for the improvement of the DPRK-US relations have commanded unanimous sympathy and support from the public at home and abroad.

But suddenly, President of the United States of America (Donald) Trump made public his official stand on May 24 to cancel the DPRK-US summit that had already been made a fait accompli.

Explaining the reason for it, he said that the statement made by Vice-Foreign Minister of the DPRK Choe Son Hui carried "tremendous anger and open hostility" and that it is not appropriate to hold the meeting at present, a precious one that has long been planned.

I would like to take this expression of his stand on the DPRK-US summit as a decision not consistent with the desire of humankind for peace and stability in the world, to say nothing of those in the Korean peninsula.

As for the "tremendous anger and open hostility" referred to by President Trump, it is just a reaction to the unbridled remarks made by the US side, which has long pressed the DPRK unilaterally to scrap nuclear programme ahead of the DPRK-US summit. 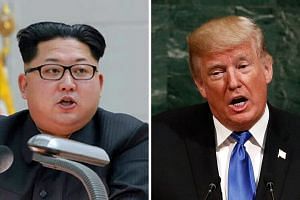 Singapore summit cancellation a slap in the face for Kim Jong Un: Analyst

The inglorious situation today is a vivid expression of the severity of the present status of the hostile DPRK-US relations of long historical roots and the urgent necessity for the summit meeting for the improvement of the ties.

As far as the historic DPRK-US summit is concerned, we have inwardly highly appreciated President Trump for having made the bold decision, which any other US presidents dared not, and made efforts for such a crucial event as the summit.

His sudden and unilateral announcement to cancel the summit is something unexpected to us and we can not but feel great regret for it.

It is hard to guess the reasons. It could be that he lacked the will for the summit or he might not have felt confident.

But for our part, we have exerted sincere efforts, raising hope that the historic DPRK-US summit meeting and talks themselves would mark a meaningful starting point for peace and security in the region and the world and the improvement of bilateral relations as the first step forward to settling the issue through dialogue.

We even inwardly hoped that what is called 'Trump formula' would help clear both sides of their worries and comply with the requirements of our side and would be a wise way of substantial effect for settling the issue.

The chairman of the State Affairs Commission of the DPRK has also exerted all efforts for the preparations for the summit, saying that the meeting with President Trump could help make a good start.

The US side's unilateral announcement of the cancellation of the summit makes us think over if we were truly right to have made efforts for it and to have opted for the new path.

But we remain unchanged in our goal and will to do everything we could for peace and stability of the Korean peninsula and humankind, and we, broad-minded and open all the time, have the willingness to offer the US side time and opportunity.

The first meeting would not solve all, but solving even one at a time in a phased way would make the relations get better rather than making them get worse. The US should ponder over it.

We would like to make known to the US side once again that we have the intent to sit with the US side to solve problems regardless of ways at any time."