SYDNEY (AFP) - Australia is investigating reports that a Chinese-Australian dissident is missing and might have been detained in his native country, officials said on Wednesday (Jan 23).

When asked about Mr Yang's case, the Australian Department of Foreign Affairs and Trade said it was "seeking information about an Australian citizen who has been reported missing in China".

The Australian government is believed to be in contact with Mr Yang's friends and family, as well as Chinese authorities.

The Sydney Morning Herald reported that Mr Yang returned to China with his wife and son on Jan 18, but never made a planned internal flight to Shanghai.

His disappearance prompted fears that he might be the latest victim of an increasingly broad dragnet by Chinese security services. 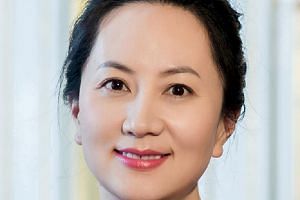 Australia recently expressed concern about China's detention of two Canadians in apparent retaliation for the arrest in Canada of a senior Huawei executive.

Mr Yang's friend and journalist John Garnaut described him as "brilliant" and "a courageous and committed democrat".

"This will reverberate globally if authorities do not quickly find an off-ramp," he warned.

Mr Yang had worked in the ministry of foreign affairs in Hainan province, but later left for Hong Kong in 1992 and the United States in 1997, where he worked for the Atlantic Council think tank.

He later took up Australian citizenship - although Beijing does not recognise dual nationality - and wrote a series of spy novels and a popular Chinese-language blog.

Once described as China's "most influential political blogger", Mr Yang went missing before, in 2011. He had resurfaced days later and described his disappearance as a "misunderstanding".