TOKYO (BLOOMBERG) - Ms Kumi Fujisawa launched her finance career in Tokyo in 1989. It was a notable year: Emperor Akihito ascended the Chrysanthemum throne, the Nikkei average reached its giddy peak and the latest Sony Walkman was a hot-selling gadget.

Yet it wasn't an easy time to be an ambitious young woman in Japan. Despite the skyrocketing economy and implementation of an Equal Employment Opportunity Act three years before, big Japanese firms often didn't consider recruiting female college graduates. Those who made it through the door were expected to drop out soon to get married.

Thirty years later, as Akihito prepares to end the current imperial era by ceding the throne to his son, Naruhito, Japan's asset bubble is a distant memory.

High-tech manufacturing has largely gone elsewhere. The percentage of women in the workforce has risen yet mainly as a result of a labour shortage caused by the rapidly ageing population.

Ms Fujisawa, now 51, knew there was a tough road ahead because she was a woman, so she charted her own path, and unlike most of her female contemporaries, prevailed in her professional career.

"My parents had always told me that if I couldn't find what I wanted, I should make it myself," she said, recalling how that prompted her to try a range of endeavors including programming her own computer games and concocting desserts.

"I decided that if there wasn't a company where you could do a job with responsibility regardless of your age or gender, then I should start one." 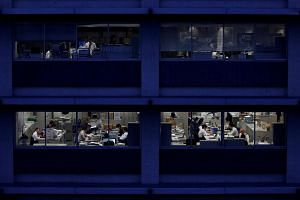 Asia: The future is female

Ms Fujisawa's professional path ran its course during the current imperial era, known as Heisei, which opened with Japan as a juggernaut economy and will close in few weeks with China clearly ahead.

She was among several women Bloomberg News interviewed about their changing career prospects as Japan prepares to announce the name of the next era next Monday (April 1) at about 11.30am Tokyo time, a month before the new emperor ascends the throne on May 1.

Still, one thing has remained - ambitious women facing barriers in a society that openly favours men. Women in Japan are often paid less than their male peers, denied access to career opportunities and have more trouble climbing the corporate ladder, especially if they have children.

Ms Fujisawa, who graduated from a university in Osaka, set her sights on starting a business, using stints at Japanese, British and American companies to gain the skills she needed.

She says some of her male bosses and clients found her drive "unfeminine". Yet she succeeded, setting up a ratings agency, which she sold to Standard & Poor's in 1999.

Women are still paid only three quarters as much as men on average, and Japanese boardrooms are among the biggest boys' clubs in the developed world. Institutional gender bias remains. Last year, it emerged that for years, some of Japan's top medical schools had rejected female applicants in favour of less qualified men.

Prime Minister Shinzo Abe has pushed to promote women in the workplace, yet success has been spotty: Japan placed 110th of 149 countries in the World Economic Forum Global Gender Gap index last year. About one in five local Japanese assemblies has no female members. And women hold just 13 per cent of local assembly seats, broadcaster NHK reported in March.

The entrenched bias extends to the imperial household. The new emperor's only child - a girl - won't be allowed to inherit the role under a law that prevents women from ascending the Chrysanthemum Throne. In contrast, Britain now is gender neutral when it comes to the order of succession to the throne.

At the other end of the imperial era is Ms Marina Fukumoto, 22, a martial arts enthusiast who this year graduated with a law degree from the elite Keio University in Tokyo. She is about to start her professional career and is facing gender bias - just as Ms Fujisawa did three decades earlier.

Ms Fukumoto said she overplayed her ambition in interviews and that may have dashed her chances to snare her dream job with a real-estate development company.

"I told them I would and could do anything. I may have come over too strong," she said. "I felt strongly that they wanted us to stay a step behind the men, rather than brushing the men aside and thinking only about ourselves."

Ms Fukumoto eventually accepted an offer from a Japanese insurance company, albeit in a career track mostly occupied by women that brings lower pay. Her goals include financial independence and working after she has children.

Those plans are met with scepticism, even by her own generation: A 2016 survey found almost 42 per cent of those between ages 18 and 29 said they believed men should work, while women should take care of the household.

"I think they're dreaming," Ms Fukumoto said. "If you want to be a housewife, you've got to find a rich man to marry. Even if you do, you might get divorced, or he might die before you."

Another woman about to start her career decided to steer clear of an established Japanese company after hearing from others about their first few years on the job.

"I heard they had to do things they didn't want to do for three years at least and then got a promotion and got to do what they wanted to," said Ms Sayaka Kedashiro, 22, a native of Okinawa who graduated in September from Ritsumeikan Asia Pacific University. "For me, three years is a long time to be patient."

A Japanese consulting firm seemed appealing, until she realised there were no working mothers. In the end, she picked an IT start-up, where more than half the employees are women - many of them mothers. 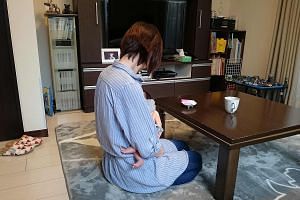 The struggle of Japan's working mums

By contrast, the slow pace of career development was exactly what persuaded Ms Yuria Sano, 22, who graduated from the economics department at Keio University this month, to opt for the male-dominated environment of a general trading company.

"My mother was always a housewife, so I think she's worried about me doing such a tough job. My father once asked me whether I couldn't find a more womanly kind of happiness," she said.

Professor Naohiro Yashiro, a labour economist and dean of Showa Women's University in Tokyo, said that on a global basis, Japan does well in finding jobs for young people even though gender discrimination exists in the workplace.

"I wouldn't say the Japanese employment system is 100 per cent evil," Mr Yashiro said. "Youth unemployment is quite low because companies favor unskilled workers so that they can train them."

Unemployment among those aged 15 to 24 surpassed 20 per cent in France and 8.5 per cent in the United States last year, compared with less than 4 per cent in Japan, according to the World Bank.

"I think women are much more welcome now in the workplace," Ms Fujisawa said, comparing 2019 with 1989. "At least people don't complain about them openly. But I have a feeling in their hearts, things haven't changed that much."