A second fatal road accident in Japan has been linked to popular mobile game Pokemon Go.

A Vietnamese woman has died in Kasugai two weeks after being hit by a car while riding a bicycle, The Japan Times reported on Friday (Aug 26).

He told the police that he looked away as he was trying to charge his mobile phone. The battery was depleted from playing Pokemon Go.

There have been 79 bicycle and car accidents linked to playing the game in Japan since its release there on July 22, according to police figures cited by the Japan Times. 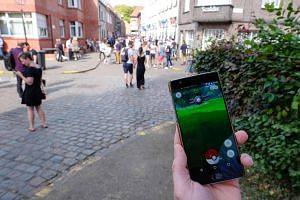 The first deadly accident happened on Wednesday in Tokushima prefecture.

A Japanese truck driver playing Pokemon Go hit two women, killing one and injuring the other.

He has been arrested for negligent driving.

The popularity of the augmented-reality game around the world has generated crowds of people in parks and other public places as user search for monsters, but has also been blamed for injuries and robberies of distracted users.

There are in-game reminders to players to be aware of their surroundings, and not to play if they are driving.

In Singapore, two men were arrested on Aug 14 after getting into a fight over Pokemon Go.

The dispute arose after a driver sounded his horn at a pedestrian, who was playing Pokemon Go on his mobile phone while crossing the road.

News reports in July claimed that a Guatemalan teenager was the first Pokemon fatality after he was shot breaking into a house while playing the game, Reuters reported.