Akin to Black Friday and Cyber Monday in the United States, Singles’ Day has been promoted as a shopping fest by Alibaba chairman and chief executive Daniel Zhang since 2009, growing rapidly to become the world’s biggest online sales event.

Also known as “Double Eleven”, the festival’s name originates from the calendar date Nov. 11, with the four ones of 11/11 signifying being single.

Alibaba netted sales worth US$30 billion (S$40.8 billion) on its platforms on Singles’ Day last year, dwarfing the US$7.9 billion US online sales for Cyber Monday. Yet the 27 per cent sales growth was the lowest in the event’s 10-year history, spurring a search for fresh ideas.

The Chinese retail juggernaut, with a market value of US$486 billion, kicked off this year’s 24-hour shopping fest with performances by American pop star Taylor Swift and local celebrities such as Jackson Yee.

Singles’ Day was among the top trending topics on China’s Twitter-like Weibo microblogging platform on Monday morning, with users discussing what they spent their money on.

Alibaba has said it expects over 500 million users to participate in the shopping festival this year, about 100 million more than last year. This is the first time Alibaba’s Singles’ Day does not have flamboyant co-founder Jack Ma at its helm, after he resigned in September as chairman to “start a new life”.

It also comes at a crucial time for the company, which is looking to raise up to US$15 billion via a share sale in Hong Kong this month.

Alibaba continues to dominate the online shopping industry, but not without competition.

In addition to longtime rival JD.com Inc, it also faces competition from Pinduoduo Inc, which surged in popularity in 2017 by targeting consumers in China’s lower-tier cities. 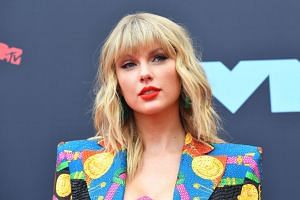 Also referred to as “Double 11” because it falls on Nov 11, it will be closely watched by investors keen to gauge how willing Chinese consumers are to spend as economic growth threatens to slip below 6 per cent.

Tensions between Washington and Beijing continue to fuel uncertainty and roil business.

Among China’s largest corporations, Alibaba is expected to better ride out the storm, thanks to booming online consumption in the world’s No 2 economy.

“Alibaba will probably be the one that will be able to circumvent and come out from the trade war in better shape” versus Baidu and Tencent Holdings, Richard Wong, head of ICT for the Asia Pacific at Frost & Sullivan, told Bloomberg Television. “The current sentiment and confidence in terms of spending is still relatively high.”

While Alibaba and its rivals routinely trumpet record sums in the aftermath of their events, it’s unclear how much Nov 11 sales actually contribute to the bottom line given the enormous discounting involved.

“Overall, we think this year will likely see a more competitive Double 11 period,” Ella Ji, an analyst at China Renaissance Holdings, said in a report. “We anticipate each platform will spend more on subsidies.”

The 2019 edition already comes with slight twists to the formula.

Alibaba, stung by criticism it harmed the environment by shipping an estimated 1 billion packages in a single day – has enjoined its logistics arm Cainiao to set up recycling centres at 75,000 locations. It says it will also work with courier companies to pick up used boxes and wrapping.

Other aspects remain the same. Singles’ Day has always been an opportunity for Alibaba to test the limits of its cloud computing, delivery and payments systems.

Leaving little to chance, Alibaba sent teams across the nation ahead of Nov 11 to help myriad outlets prepare for the festival. Some 200,000 brands are expected to participate.

“There’s nothing to suggest this won’t be another record year for Singles’ Day, especially since it opens up not only in China but Asia,” said Patrick Winter, EY Asia-Pacific area managing partner.