Twenty civilians - nine Italians, seven Japanese, two Bangladeshis, an Indian and a US citizen of Bangladeshi origin - were killed when seven militants attacked the Holey Artisan Bakery Cafe in Bangladesh's capital of Dhaka on Friday (July 1).

The 11 men and nine women were held hostage and hacked to death with sharpened machete-style weapons.

Here's what we know about some of the victims.

The Indian national, 18, was a sophomore at the University of California, Berkeley, and had started on an internship with Dhaka's Eastern Bank Limited in early June. 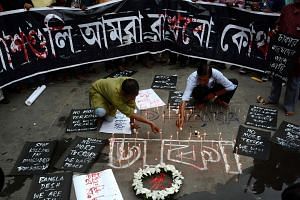 Ms Jain's father is a textile merchant based in Dhaka and she had gone to the US last year with the intention of majoring in economics, the university said on its website.

Fellow students who knew Ms Jain described her as a "beautiful soul" and a "great spirit" with a contagious smile who had the gift of making people feel happy.

Director of the university's Center for Bangladesh Studies Sanchita Saxena said: "She was a smart and ambitious young woman with a big heart."

India's Minister of External Affairs Sushma Swaraj said in a tweet that she had spoken to Ms Jain's father, Mr Sanjeev Jain, to convey her condolences.

I have spoken to her father Shri Sanjeev Jain and conveyed our deepest condolences.The country is with them in this hour of grief.

Ms Kabir, a US citizen, had been a graduate of the American International School in Dhaka like Ms Jain and was a sophomore at the Emory University's Oxford College in Atlanta, Georgia.

In a letter to the Emory community, university president Jim Wagner wrote that the 18-year-old had been visiting family and friends in Dhaka.

"I was able to reach Abinta's mother, who is in unspeakable pain. Please, as you are inclined, direct your kindest thoughts and sincerest prayers in her behalf and that of her family," he added.

Ms Kabir's childhood friend, Ms Emma Louisa Jacoby, said she was a "treasure to this world" who possessed an inspiring work ethic, was incredibly goal-oriented and was an amazing athlete.

Directed by Florida Governor Rick Scott, US and Florida state flags will be flown at half-mast across the state on Sunday to mourn Ms Kabir.

Mr Hossain, a Bangladeshi, had graduated from Emory's Oxford College earlier this year and was due to start school at the university's Goizueta Business School. 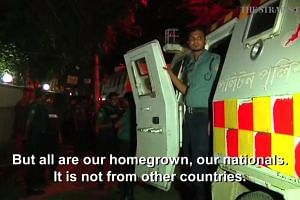 Mr Wagner said in a subsequent letter that he also been in touch with a member of Mr Hossain's family to express the university's shock and condolences.

Speaking to CNN, Mr Hossain's college mate and fellow Bangladeshi Rifat Mursalin said they became friends when the former offered to help him with a school project.

Mr Mursalin said: "And that serves as a testament to the kind of person he was. You know, always very loving, caring, helpful and extremely outgoing."

Mr Hossain, Ms Jain and Ms Kabir all appeared to know each other, with Mr Hossain posting a photo of him and Ms Jain on Facebook in April 2014.

Not much is known about Ms Akhond, except that she was a Bangladeshi national whom reports said had been the former head of an art gallery in Dhaka.

A check on her Linkedin page indicated that she had been the director of human resources at Dhaka-based product solutions company ZXY International.

Japan's government confirmed the deaths of seven of its citizens - five men and two women - late on Saturday. 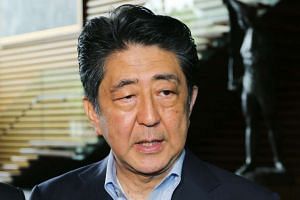 Chief Cabinet Secretary Yoshihide Suga said they had been engaged in development projects in the South Asian country with the government-run Japan International Cooperation Agency (Jica).

They were identified by Japanese embassy officials through photos and belongings, but Mr Suga declined to disclose their names as he had not been given consent from their families.

Kyodo News, however, named three of them and reported that they were all employees of Tokyo-based construction consulting company Almec Corp, while another male victim was also identified.

Said Jica head Shinichi Kitaoka: "Engineers who had strived for the development of Bangladesh were involved in the incident and I feel strong resentment."

Italy's foreign ministry confirmed on Saturday that the bodies of nine Italians had been identified.

Italian media reported that most of the victims had worked in the textiles industry, with many planning to return home in the near future.

Ms Simona Monti's brother, Luca, told state television that his sister was five months pregnant was due back in Italy for a medical checkup. The 33-year-old had been working in Dhaka since 2009 as a technician and production manager for a clothing manufacturer.

Business manager Cristian Rossi, 47, was married with three-year-old twin girls and owned his own clothing import business with a factory in Dhaka, while Adele Puglisi, 54, was a quality control manager from Catania, Sicily.