BEIJING (BLOOMBERG) - China and the European Union vowed to oppose trade protectionism in an apparent rebuke to the US, saying unilateral actions risked pushing the world into a recession.

Vice-Premier Liu He - President Xi Jinping's top economic adviser - said China and the EU had agreed to defend the multilateral trading system, following talks Monday in Beijing. The comments, made at a press briefing with European Commission Vice-President Jyrki Katainen, come as both sides prepare to face off against US President Donald Trump's tariff threats.

"Unilateralism is on the rise and trade tensions have appeared in major economies," Liu said. "China and the EU firmly oppose trade unilateralism and protectionism and think these actions may bring recession and turbulence to the global economy."

Both China and the EU are coming under pressure from Trump, as the US president seeks to remake a global trading system that he sees as rigged against the world's largest economy.

After months of increasingly ribald rhetoric and threats, the trade fight seems to be coming to a head, with Europe imposing tariffs on US$3.3 billion of American products Friday in response to US barriers on imports of aluminum and steel. That triggered threats of further tariffs on European cars from Trump.

Later this week, the US Treasury Department is expected to release fresh rules on Chinese investment in technology companies, Bloomberg reported on Monday, putting additional pressure on China - which hit back against the plans. 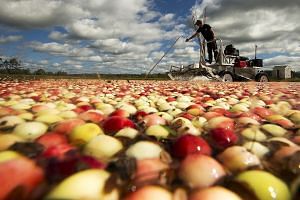 US 'capricious' trade actions will hurt its workers, China warns 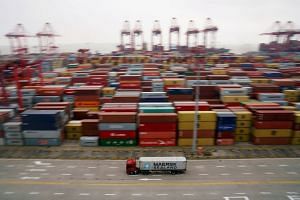 Chinese investment has provided jobs and tax income for the US, and it should view commercial activities "objectively," Foreign Ministry spokesman Geng Shuang told reporters in Beijing on Monday.

If that threat is realised, it could cut as much as half a percentage point off China's economic growth, and also hit the American economy, economists have said.

Anxiety over the economic fallout is cutting deep in financial markets, with China's yuan sliding to a six-month low Monday, and the country's stocks slipping with US index futures.

As the conflict over trade has intensified, China has sought to align itself with Europe as a way of pushing back against the US. Both sides agreed in Monday's talks to promote globalisation and forged a consensus on climate change, Liu said.

But despite their alignment against the US trade threat, the EU and China remain at odds over issues including the lack of reciprocal access for European firms and the EU's reluctance to endorse China's Belt and Road trade and infrastructure programme.

As China steps up its engagement in Europe, the EU, too, is working on measures to tighten screening of outside investments to protect critical technologies and infrastructure.

A survey released last week by the European Union Chamber of Commerce in China showed that a slim majority of members thought foreign-invested companies are treated unfairly, and almost two-thirds see a lack of reciprocity between the access to China's markets that they get, and the access Chinese companies get to Europe.

China and the EU will exchange offers related to market access at an upcoming summit in July, Liu said Monday. He also said both sides agreed to connect the Belt and Road initiative to the EU's development strategies.