Indonesian President Joko Widodo has officially granted special economic zone (SEZ) status to a technological park and an aircraft maintenance facility in Batam to jump-start economic recovery there amid the Covid-19 pandemic.

Nongsa Digital Park, on the island's upscale north-eastern tip, will focus on digital technology and tourism activities. Batam Aero Technic, Lion Air Group's facility, will be dedicated to the maintenance, repair and overhaul of passenger aircraft.

The announcement was made by Coordinating Minister for Economic Affairs Airlangga Hartarto after a working visit to Batam last Saturday.

"The main objective of SEZ development is to improve economic growth, equitable development and the nation's competitiveness," he said in a statement. "The SEZs in this region can be a pilot project and a beacon for the digital economy in Indonesia."

The pandemic has had a bruising impact on South-east Asia's largest economy as it plunged into its first recession in over two decades last year. Many businesses were forced to shut and millions of people have lost their jobs.

Batam and the neighbouring islands of Bintan and Karimun, located in the sprawling Riau Islands province, have been a free trade zone since 2009, but faced stagnant growth and falling investments in recent years.

In 2017, Mr Widodo sought to boost the region's development by designating SEZs which will receive a wider range of fiscal incentives such as business tax breaks and income tax relief for workers.

The President, better known as Jokowi, also promised to improve connectivity in the province and explore more trade cooperation with Singapore, a ferry ride away.

Nongsa Digital Park opened in March 2018 as the outcome of bilateral discussions to develop Batam as a digital bridge between Singapore and Indonesia. 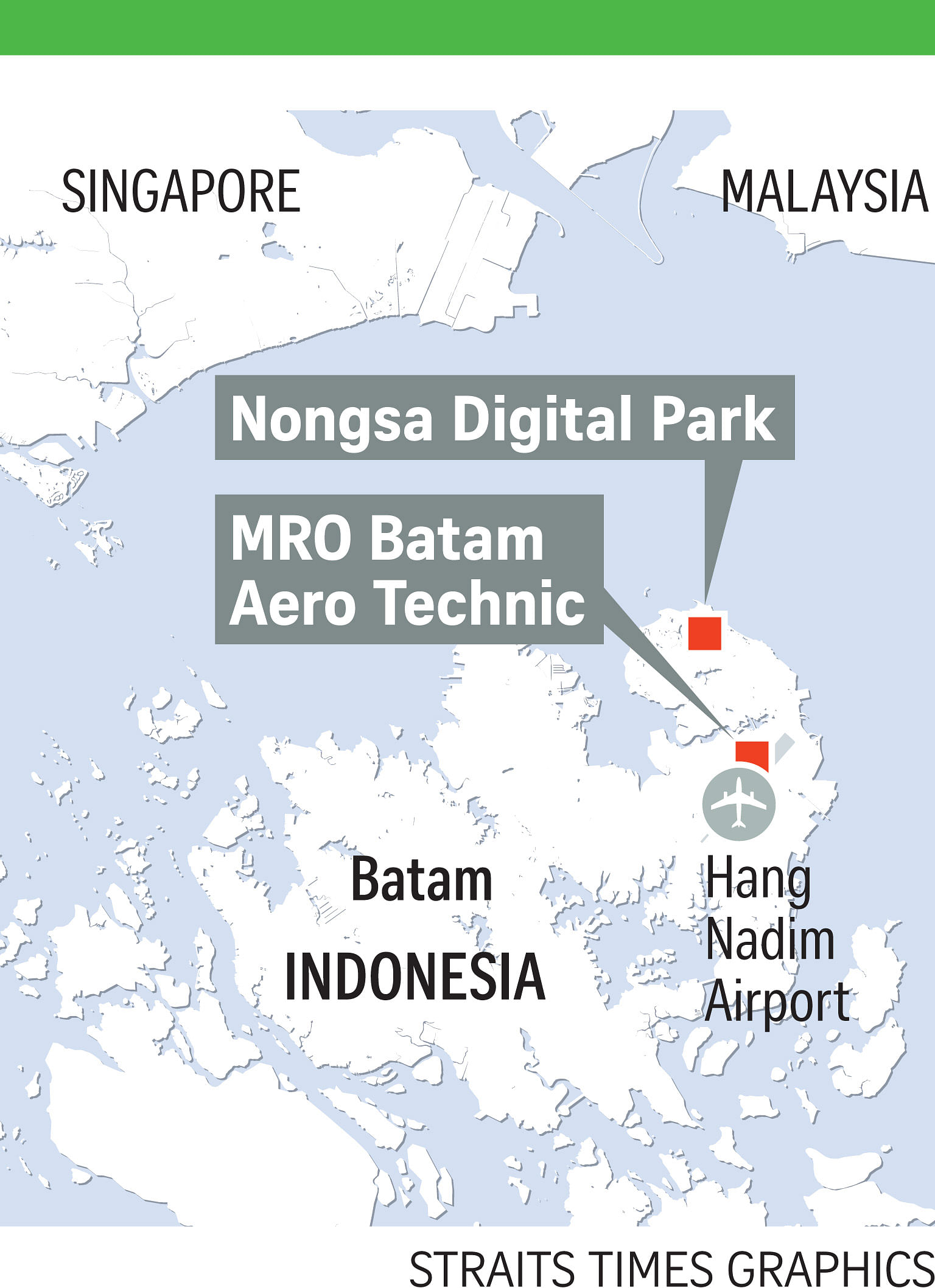 It has over 100 technology companies, mostly based in Singapore, which hire more than 1,200 employees.

At the virtual launch on March 2 of Nongsa D-Town, located within the park which will have amenities like shops and co-living spaces, Singapore Economic Development Board chairman Beh Swan Gin said: "For Singapore, with Nongsa, we can accelerate the growth of our tech sector faster because we have a finite workforce and finite resources, and the ability to harness the energy and talents of the young Indonesian workforce is wonderful."

From better regulations pertaining to the formation of a start-up to attractive incentives to large investments for infrastructure such as data centres, we got it all covered.

Mr Airlangga envisioned the park to be an entry point for global IT businesses, as well as a centre for developing a young IT-literate workforce.

"Digitalisation is the one and only way to accelerate the economy, to escalate and not merely move it linearly. I hope this SEZ can be the main showcase of the Indonesian economy and make our country on a par with developed countries," he added.

"From better regulations pertaining to the formation of a start-up to attractive incentives to large investments for infrastructure such as data centres, we got it all covered," he told The Straits Times.

For Batam Aero Technic, Mr Airlangga said that several new maintenance hangars, component shops, and workshops for tools and equipment will be built.

Lion Air spokesman Danang Mandala Prihantoro said the SEZ status would help to further improve and optimise the capabilities at the current facility so it can "seize opportunities in the Asia-Pacific market".

He added: "Our main hope is to develop an integrated aircraft maintenance (facility) so as to reduce the number of services currently being done abroad."