Volcanoes, including the one immortalised in film adaptations of the Lord Of The Rings novels, created the archipelago that is home to the Kiwi country. And one day, they may wipe it out.

It was a painful reminder of the danger behind the country's stunning, and sometimes surreal, landscapes: the ever-present possibility of another eruption.

"It's not a matter of if, it's a matter of when and where," said Dr Janine Krippner, a volcanologist and New Zealand native who works with the Smithsonian Institution's Global Volcanism Programme.

"Having a true respect for all the hazards we have and how they contribute to society is really important."

It lies along the volatile Ring of Fire, the belt of tectonic boundaries responsible for most of the world's earthquakes and eruptions, and experts consider it a very active corner of the planet.

As with so many of nature's most powerful forces, it is both boon and burden.

Still too dangerous to go to volcano to remove bodies: New Zealand police

"They've carved out one of the most naturally beautiful places on Earth, but at the same time, it's prone to devastating earthquakes and horrific volcanic eruptions. It's the price tag of that."

That White Island, known also by its indigenous Maori name, Whakaari, erupted is not surprising, Dr Andrews and Dr Krippner both said.

The island, which is the tip of an undersea volcano, has seen similar explosions in recent years, but they happened to be at times when tourists and guides were not visiting the uninhabited destination, located in the Bay of Plenty off the North Island's north-east coast.

The outsize impact of the relatively small eruption underscored the unpredictable perils future events may pose.

Volcanic activity in New Zealand significantly predates human life, but in the past several hundred years, eruptions have wrought destruction across the country.

In 1886, all three peaks of Mount Tarawera, on the North Island, erupted in the middle of the night, in a violent phantasmagoria of intense lightning, earthquakes, fountains of lava and a cloud of ash stretching 9.6km high.

The eruption was New Zealand's deadliest, killing at least 120 people and burying settlements and villages.

Thirty years later, the White Island surprised a group of sulphur miners after a crater wall collapsed and sent a molten mudflow, known as a lahar, streaming over the miners, killing 10.

The only survivor, historians say, was a camp cat discovered weeks later and known thereafter as Peter the Great. On Christmas Eve in 1953, a lahar from Mount Ruapehu swept away a bridge, causing an express train to run off its tracks.

The train, travelling roughly the length of the North Island, from Auckland to Wellington, was a little over halfway to its destination, when several of its cars plunged into a river below.

More than 150 were killed in what the Auckland Star called the "Nation's Greatest Rail Disaster" in a front-page story on Boxing Day.

The disaster, the paper reported, "has cast the deep shadow of grief over the whole country's observance of Christmas".

New Zealand volcano eruption: Questions being raised over why warnings of heightened threat were ignored

In recent years, eruptions at Ruapehu and Mount Tongariro, also near the centre of the North Island, have jolted New Zealanders, but haven't led to additional casualties.

Volcanoes have helped shape the country - in more ways than just its topography.

They also attract tourists and filmmakers such as Peter Jackson, who used Mount Ngauruhoe as a stand-in for Mount Doom in his three Lord Of The Rings movies.

"It has a lot of influence, not only on the landscape, but on how our country has shaped its economy," Dr Krippner said.

As with earthquakes, also a major hazard in New Zealand, advances in science and engineering have improved how societies deal with the inevitable and adverse effects of volcanoes.

It's important that buildings are built to code, with roofs that can hold up under heavy showers of ash, Dr Krippner said. Evacuation routes and civic coordination must also be meticulously planned, she added.

"Having a nation that is prepared, and there are a lot of people working very hard toward that happening, is incredibly important," she said.

Yet, when a pyroclastic flow - a devastatingly hot and fast wave of rock and gas - is barrelling towards a population centre, there's really only one viable option: "The best thing you can do is just tell people to get out of the way," Dr Andrews said.

New Zealand volcano eruption: 'It looked like a nuclear bomb going off', leaving no signs of life

But, scientists have said, there is still much to learn about volcanoes, and forecasting eruptions remains difficult, further complicated by the vast span of geological time.

"It could be tens of thousands of years before anything happens again," Dr Andrews said, speaking about future eruptions at New Zealand's Lake Taupo, a supervolcano known to be one of the most violent in the world.

"It could happen tomorrow, or never. Everyone wants certainty in life, but when it comes to things like volcanoes, the inherent rule is: We don't know."

But at least one thing, he conceded, is known.

"Volcanism in New Zealand will continue beyond human life," Dr Andrews said. "We are the window dressing for them, it's not really the other way around." 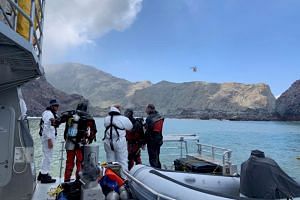 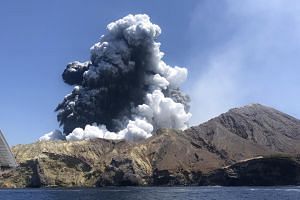 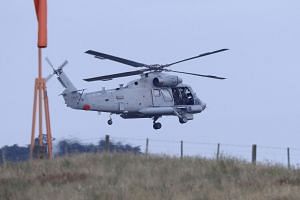 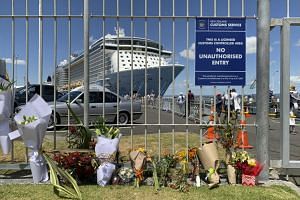 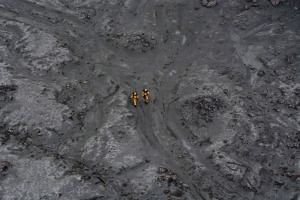 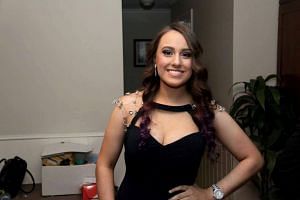 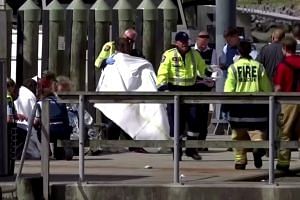