CHRISTCHURCH, NEW ZEALAND (AFP) - The white supremacist accused of the Christchurch killings will spend the rest of his life in jail if convicted, likely in isolation for his own safety, a New Zealand criminologist and former convict said on Wednesday (March 20).

"He is going to be very highly unpopular in a prison where 80 per cent (of inmates) are Maori or Pasifika (Pacific islanders) and he is a white supremacist," said Dr Greg Newbold, a professor of criminology at Canterbury University.

"He will have no friends, not even the white guys," added Dr Newbold, who spent five years in jail on drugs charges - half of that in maximum security - before turning his life around.

New Zealand has no death penalty and alleged shooter Brenton Tarrant, 28, is expected to face a record prison sentence if found guilty of the massacre.

If convicted, he could be sentenced to life imprisonment without parole, criminal lawyer Simon Cullen told AFP, adding that such a sentence would be "unprecedented" for New Zealand.

Dr Newbold said it was possible that Tarrant could spend the rest of his life in "segregation" and at least the first five to 10 years in "effective" solitary confinement. 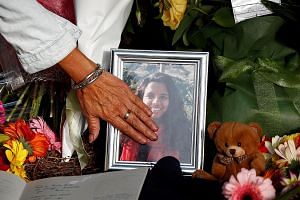 "There's a lot (of people) in segs who would get at him as well... He would have to be in highly segregated conditions," Dr Newbold said.

"If he's convicted, he will be effectively in solitary for a long, long time... He will be locked up most of the time in his own cell."

Dr Newbold said that during his jail stint, another inmate imprisoned for raping and killing a young girl "had his throat cut" in prison in 1979.

New Zealand media already have quoted members of a notorious criminal biker gang as saying "we've got friends inside", suggesting they would get to Tarrant if they had the chance.

New Zealand's only maximum-security facility is the recently upgraded Auckland Prison at Paremoremo, 25 minutes north of Auckland, where the 9 sq m concrete block cells have a bed, toilet and shower all visible to staff via cameras.

Tarrant is said to be under 24-hour surveillance with no access to newspapers, television or other media.

The authorities say Tarrant is being held in a "specialist security facility" outside of Christchurch until his next court appearance on April 5.