WELLINGTON (AFP) - New Zealand on Thursday (Nov 29) denied that telecommunications giant Huawei was banned from a 5G network roll-out because it is Chinese, saying the problem it faced was a technological one.

Wellington also dismissed suggestions that its intelligence services came under pressure from allies in the "Five Eyes" spy network to bar Huawei, amid fears about cyber security and its potential links to Beijing.

"It's not about the country, it's not even particularly about the company, it's about the technology that is proposed," Mr Andrew Little, minister for the Government Communications Security Bureau (GCSB) intelligence agency, told national radio.

"I can say with considerable confidence that there's been no representations made to the GCSB from Australia, from the United States, from anywhere, about how it should go about making its decision."

New Zealand's largest carrier Spark said on Wednesday that the GCSB had rejected a plan to use Huawei technology in its next-generation 5G network, citing "significant national security risks".

The two nations have a free-trade agreement and China's Foreign Ministry said it hoped "New Zealand will offer a level playing field for Chinese enterprises operating in New Zealand". 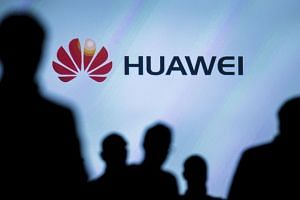 US asks allies to avoid equipment made by China's Huawei, citing espionage risk

Huawei's founder, Mr Ren Zhengfei, is a former engineer in China's People's Liberation Army and this has led to concerns of close links with the Chinese military and government, which Huawei has consistently denied.

Mr Little refused to outline the security threat Spark's plan posed, saying only that "there is a risk with the use of that technology", but details were classified.

He said the GCSB considered a range of factors when making its decision.

"We know that telecommunications networks, like other infrastructure, are now points of vulnerability worldwide for incursion, cyber attacks and what have you," he said.

"So in this day and age, we've got to make sure everything is done to protect our country from those risks."

Mr Little insisted Huawei did not face an outright ban, saying Spark had the option of approaching the GCSB to see if there were ways to reduce the security risks.

5G, or fifth-generation, wireless communication offers super-fast connections that promise the ability to download a full-length feature film in less than a second.

It is seen as the key to delivering new technologies such as driverless cars and remote surgical procedures.

US lawmakers have expressed concerns about Huawei's potential for espionage and The Wall Street Journal reported last week that Washington was urging its allies to exclude it from 5G roll-outs.

Australia banned Huawei and another Chinese firm, ZTE, from participating in its 5G network in August.

The other members of the "Five Eyes" intelligence-sharing group are Canada and Britain.