SYDNEY - A Malaysian university student was hauled to court on Thursday (May 5) after allegedly squandering away A$4.6 million (S$4.67 million) that was mistakenly given to her by a bank.

The suspect, Christine Jiaxin Lee, 21, was arrested at Sydney Airport on Wednesday night as she was trying to leave for Malaysia with an emergency Malaysian passport, the ABC News reported.

Police prosecutor told the Waverley Local Court that Westpac had accidentally given Lee access to an unlimited overdraft account in 2012 just a month shy of her 18th birthday.

But instead of alerting the bank to its error, the chemical engineering student went on a shopping spree for years and splurged over a million dollars on luxury items, such as handbags and shoes, while avoiding e-mails and calls from Westpac and police. 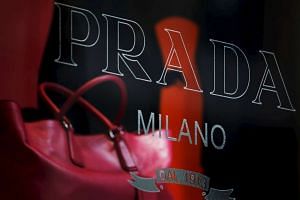 Investigations began in 2012, but it was unclear why a warrant for her arrest was issued only in March.

The court heard that of the A$4.6 million, A$3.3 million has not been recovered.

Lee, has been living in Australia for the past five years, has been charged with dishonestly obtaining financial advantage by deception and knowingly dealing with the proceeds of crime, according to news.com.au.

But Magistrate Lisa Stapleton questioned whether Lee's alleged use of the money was a proceed of crime if the bank had unintentionally given her an overdraft facility which she took advantage of.

"It isn't proceeds of crime. It's money we all dream of," said Ms Stapleton. She noted that if Lee had indeed taken the money, she would have to pay it back to Westpac, but that does not mean she has broken the law.

Lee's Malaysian boyfriend, Mr Vincent King, whom she has been dating for 18 months, told reporters he was not aware of his girlfriend's alleged fraud and lavish lifestyle as he has never seen her buy expensive items.

The case will be heard again in court on June 21.