CHRISTCHURCH (WASHINGTON POST) - Adeeb Sami's trip to New Zealand was supposed to be joyful - a chance for the Dubai-based father to surprise his twin children in time for their birthday.

Instead, the 52-year-old ended up in surgery to have a bullet removed from his spine after he dove in front of his two sons to protect them from a gunman who stormed a mosque in Christchurch on Friday, Gulf News reported.

By the time the rampage was over, the gunman had killed 41 people.

An attack at another mosque killed seven more, and one victim died at a hospital, leaving the country reeling in the aftermath of its deadliest mass shooting in recent history.

"He got shot in the back near his spine in an attempt to shield my brothers but he didn't let anything happen to them."

New Zealand police have not released the names of those killed in the attack, but charging documents listed one of the victims as Salwa Mirwan Mohamad.

Children are believed to be among the dead and wounded. Heba told the Dubai-based news outlet that she lost five family friends, including a 12-year-old boy, in the attack.

Abdulrahman Hashi, 60, a preacher at Dar Al Hijrah Mosque in Minneapolis, told The Washington Post that his four-year-old nephew was among those killed.

He received a phone call Friday morning from his brother-in-law Adan Ibrahin Dirie, who was in the hospital with gunshot wounds. Dirie had been worshiping in Christchurch that morning with his five children when the gunman opened fire. Four of his children escaped unharmed, but the youngest, Abdullahi, was killed.

The family had fled Somalia in the mid-1990s as refugees and resettled in New Zealand.

"You cannot imagine how I feel," he said. "He was the youngest in the family." 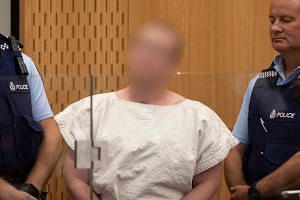 He said that he would preach against Islamophobia during Friday prayers. "This is a problem of extremism. Some people think the Muslims in their country are part of that, but these are innocent people."

The gunman live-streamed the attack on social media. In gruesome video footage, which The Post is not publishing, the attacker approaches the entrance to the mosque and raises his weapon. One man tries to greet him calmly, calling out "Hello, brother".

Then the gunman opens fire. In addition to the 49 killed at the two mosques, dozens of others were wounded or are missing.

Shafiqur Rahman Bhuiyan, honorary consul for Bangladesh in Auckland, told the AP that at least three Bangladeshis were among those killed in the attack, and others were wounded.

"One leg of an injured (person) needed to be amputated while another suffered bullet injuries in his chest," he said.

On Facebook, a user named Alta Marie said her husband Zulfirman Syah and her son were both shot at the Linwood Islamic Center in Christchurch.

"I was recently united with my son, who has a gunshot wound to the leg and backside," she wrote. "He is traumatised, but we are all alive."

Asim Mukhtar, secretary general of the Pakistan Association of New Zealand, told The Post in a phone call that at least two members of the Pakistani community were wounded Friday, and five are missing.

He said the Al Noor mosque is the largest in Christchurch, and that the shooting started 15 minutes before Friday prayers, when many people were still in the parking lot or walking toward the mosque. If the shooting had started mid-prayer, he said, he thinks the death toll would have been higher.

"This is a time of distress, we are in disarray, we don't know why this has happened," he said. "This is probably the last thing on our mind living in New Zealand that this will ever happen."

"We are really not feeling safe at the moment," he added.

A group called Syrian Solidarity New Zealand said Syrian refugees were inside the mosque when it came under attack.

Ali Akil, an Auckland-based spokesman for the group, told The Post that members of a refugee family from Syria were inside the mosque at the time of the attack. The father in the family was killed, one son was wounded and another was missing, he said, citing information he had received from a friend of the family.

The family had fled the civil war in Syria in search of "a safe haven, only to be killed here," he said.

Yasmin Ali told New Zealand's 1 News that she lost a close family friend who she loved like a grandfather and now fears she could be targeted just for wearing her headscarf in public.

"Family friends that we've known for 19 years - dead. People who were there for my engagement - dead," Ali told the news outlet.

"You don't think something like this can happen in New Zealand, in Christchurch of all places with such a small community, kind and loving."