In its editorial, the paper says high-profile crime cases put fairness and independence of law enforcement in South Korea to the test.

SEOUL (THE KOREA HERALD/ASIA NEWS NETWORK) - One of the deepest-rooted problems in South Korean society is that law enforcement is often compromised by those who hold political and economic power.

So many supported President Moon Jae-in's call for the reform of law-enforcement authorities - namely, the state prosecution, the police and other powerful agencies like the National Intelligence Agency, National Tax Service and the Fair Trade Commission, the antitrust watchdog.

These agencies had not only allowed themselves to be swayed by governments in power but were also implicated in corruption, abuses of power and other misdeeds.

It is against this backdrop that the Moon administration is pushing to establish a new independent investigation agency to deal with corruption and crimes involving senior public officeholders.

Given Mr Moon's commitment to ensuring the rule of law and establishing justice in society, it is not strange that the president called on the police and the state prosecution to get to the bottom of three cases that have become big social issues lately.

The three cases have several things in common.

Most of all, the law-enforcement authorities that handled all three are suspected of glossing over or even covering up crimes to protect key suspects.

The suspects in the first and currently unfolding case include star entertainers, even a member of a top K-pop band who is accused of arranging prostitution for his potential business partners. He is also suspected of maintaining corrupt ties with the police.

The case of Seungri of BigBang led to the exposure of misdeeds by one of his friends - singer and TV personality Jung Joon-young. Jung faces charges of secretly filming his sexual encounters with women, as well as intimate images of their bodies, and posting the footage to a mobile chatroom.

What made us upset was that major players in the case had suspicious connections with the police. 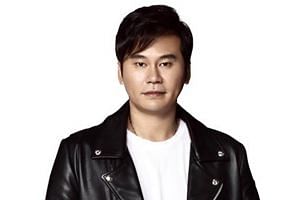 The fact that Jung was accused of illegally filming his girlfriend three years ago, but never indicted, only intensifies the suspicion that he got lenient treatment as the result of collusion between him and the police.

In the second case, involving former Vice-Justice Minister Kim Hak-eui, the suspicion centres on authorities' decision in 2013 to clear Kim of accusations that a businessman brought a group of women into a villa to provide sexual services for him.

One of the three women recently claimed in an interview that she was sexually assaulted by Kim in the villa and that the police and the prosecution had glossed over the facts during their investigations.

The national police chief, Min Gap-ryong, testified in the National Assembly that Kim was clearly one of the men in the video footage from the villa.

The third case, which concerns the death of actress Jang Ja-yeon in 2009, is also characterised by alleged misconduct on the part of law-enforcement authorities - in this case, the mishandling of allegations that her agent forced her to sleep with at least 30 men.

The case resurfaced recently in the wake of testimony from one of Jang's friends, another actress who said she had seen a memo written by Jang before she took her own life and that it contained the names of a lawmaker and three senior journalists and executives of a newspaper company.

The latest allegations in the Kim Hak-eui and Jang Ja-yeon cases, both of which have been reopened before a Justice Ministry truth panel, strengthen the suspicion that law-enforcement authorities did not do their job properly.

As Mr Moon noted, justice in society cannot hold unless the law-enforcement authorities come clean about their own past crimes.

But it should not be overlooked that under the Moon administration, the police and the prosecution still have not done away with their shameful tradition.

There is already growing speculation that the Moon administration is delving into the Kim Hak-eui case because Hwang Kyo-ahn, leader of the main opposition party, was the justice minister at the time.

There is also speculation that the administration is using the Jang Ja-yeon case to target the family that controls the Chosun Ilbo, which is usually critical of the Moon government.

The rampant nature of such speculation shows many people are still skeptical of the government's insistence that it has broken away from the past and is not interfering with the work of law-enforcement authorities.

Nevertheless, all the truths must be revealed in these cases in which power, money and ethical lapses are undoubtedly intertwined.