As temperatures rise across the globe, the tiny mosquito is finding new places to call home. But spreading in its wake are disease and death, which together affect hundreds of millions of people every year. In the fifth of six special reports on climate change, Insight looks at how a warming world is making its deadliest animal even more lethal, and efforts to combat the scourge.

Dengue is often called breakbone fever, and Mrs Yanki Lama knows exactly why. Last month, she developed a high fever, followed by muscle aches and joint pains worse than anything she had felt before. Off-the-shelf painkillers failed to work. That same day, she visited a doctor who told her she had dengue fever.

But the diagnosis puzzled the 37-year-old, who runs an eatery in Kathmandu, Nepal's capital city, which sits 1,400m above sea level.

"I thought that dengue was seen only in the lowland areas," Mrs Lama said. "I was quite surprised that I got infected."

Dengue struck his father, daughter at the same time

When dengue fever swept through his neighbourhood in September 2016, Mr Dambar Jung Rana's family was not spared.

His three-year-old daughter, Aaradhya, fell ill and had to be hospitalised. His 57-year-old father was infected as well.

Both were warded in hospitals across the road from each other in Bharatpur, Nepal's fourth-largest city. Each day after work, Mr Rana would travel there to be with his family. 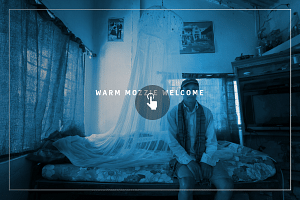 The tiny mosquito has been classified as one of the world's deadliest animals by the World Health Organisation (WHO), and this reputation is fully deserved.

For example, said Dr Raman Velayudhan, a coordinator at the WHO's department of control of neglected tropical diseases, a mosquito egg typically takes 22 days to hatch if the temperature is 15 deg C or lower.

Doctor told man's family to prepare for his funeral

In October 2016, most Nepali households were celebrating Dashain and Tihar, the country's two biggest festivals.

But Mr Khilnath Khaual's family members were gathered by his bedside in hospital, waiting for him to die.

The clerk had contracted dengue haemorrhagic fever, a severe form of dengue that can cause a person to bleed excessively. There is no vaccine or cure for the disease.

The forested village in the suburbs of Guangzhou had a mosquito problem, including an outbreak of dengue in 2016 and sporadic cases after.

"If I let them play outdoors, they would come home with red welts everywhere," she said of her two grandchildren, whose parents work in the city. "And I would worry about whether they had caught something worse."

A tiny bacterium called Wolbachia is Singapore's stealth weapon against the spread of dengue fever.

When infected male mosquitoes breed with wild females, the resulting eggs do not hatch - bringing down the mosquito population in the long run.