The forested village in the suburbs of Guangzhou had a mosquito problem, including an outbreak of dengue in 2016 and sporadic cases after.

"If I let them play outdoors, they would come home with red welts everywhere," she said of her two grandchildren, whose parents work in the city. "And I would worry about whether they had caught something worse."

Yet the problem has all but disappeared in the last six months, after the villagers agreed to let a team of researchers flood the area twice a week with hundreds of thousands of specially bred mosquitoes.

It is a novel method of controlling mosquito populations - responsible for spreading diseases such as malaria, chikungunya and Zika - that is gaining traction in places like China and Singapore.

The released male mosquitoes, which are infected with a naturally occurring bacteria called Wolbachia, sterilise the wild females they mate with, and the resulting eggs do not hatch. Over time, all that is left of the local mosquito population are these males, which neither bite nor spread disease.

Our presence here - in China, the US and Mexico - not only shows that we can have shared problems, but we can also share the technology and capacity to solve problems together.

PROFESSOR PABLO MANRIQUE, of the Autonomous University of Yucatan, a partner of the sister laboratory in Merida, Mexico.

Nine out of 10 mosquitoes in Xibian today come from a single "mosquito factory" in Guangzhou, the largest of its kind in the world, said Dr Zhang Dongjing, a researcher with the centre, known as the Sun Yat-sen University - Michigan State University Joint Centre of Vector Control for Tropical Diseases.

At the 3,600 sq m facility, four workshops covering the entire mosquito life cycle work together like an assembly line to breed the infected male mosquitoes.

These include rooms where millions of larvae living on stacks of trays that resemble baking racks are reared into pupae, and others where adult females are kept in mesh cages and regularly fed animal blood through a hot plate. The eggs they lay are collected to begin the process anew. From a successful pilot project in 2015 where the release of 500,000 mosquitoes to nearby Shazai island helped reduce the mosquito population there - and thus the spread of the Zika virus - by 99 per cent, the centre today is able to produce up to 60 million mosquitoes each week.

These "friendly" mosquitoes are becoming a more important ally than ever as climate change threatens to expose more of the world's population to mosquito-borne diseases, even as traditional pest control methods such as pesticides prove insufficient, said experts.

A warming world has meant that insects like mosquitoes can now survive farther north and south of the tropics than before, said Dr Marc Vreysen, who heads the Insect Pest Control Laboratory joint programme under the United Nations.

This is one of the main reasons - other than globalisation and air travel - why mosquitoes such as the Aedes albopictus (Asian tiger mosquito) that are native to South-east Asia have, in the last decade, become common in European countries such as Austria and Spain, he added. 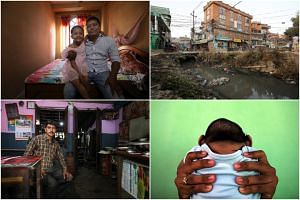 China, too, has not been spared. Since the 1990s, dengue epidemics have spread gradually from southern provinces such as Guangdong and Hainan northwards to places like Zhejiang and, in 2013, even as far as Henan.

Even if the mosquito population itself is clean, all that is needed for a potential outbreak is someone picking up a virus on holiday and returning home, Dr Vreysen said. "This is the danger, not in the mosquito itself, but in the potential for disease transmission," he added. "The mosquito is a very effective vector."

But Wolbachia-infected mosquitoes now present a science-based, environmentally safe and reproducible method of fighting the spread of these diseases.

The challenge is in scaling up production, something Dr Zhang's laboratory has made breakthroughs in, in recent years, by automating some processes in the breeding cycle that used to be much more manpower-intensive.

One area is in automating the feeding of the larvae, and another is in accurate sex separation, a crucial step, as only males should be released because females infected with Wolbachia are still fertile, even though their ability to transmit diseases is greatly reduced.

Dr Zhang said machine separation has achieved the same 99.9 per cent accuracy as manual sorting, but a machine can sort 100,000 larvae in an hour - five times the speed of a human technician.

His team is trialling the release of the mosquitoes by drone, something of interest to Singapore and the National Environment Agency (NEA), which is a partner of the Guangzhou laboratory.

The NEA had found in its ongoing trials in Singapore that the island's high-density, high-rise housing posed a challenge to the effectiveness of the Wolbachia-infected mosquitoes, which were not able to reach some of the higher floors.

These challenges can be overcome with drones, which are used to release the mosquitoes at a higher altitude, said Dr Zhang.

The latest recognition of this approach to fighting mosquito-borne diseases came last month, when a sister laboratory modelled after the one in Guangzhou was opened in the city of Merida in Mexico.

Professor Xi Zhiyong, who heads the Guangzhou lab, said he is working with the Autonomous University of Yucatan (UADY) so that the new laboratory tests the Wolbachia method in different field settings, while serving as a demonstration centre for Latin American countries seeking new methods of disease control.

The new laboratory is funded through a US$1 million (S$1.38 million) USAID grant that is part of a programme to combat Zika and future infectious disease outbreaks, and shows the power of scientists from different countries collaborating, said UADY professor Pablo Manrique.

"Our presence here - in China, the US and Mexico - not only shows that we can have shared problems, but we can also share the technology and capacity to solve problems together," he added.

How to grow a (sterile) mosquito

A mosquito lab in Guangzhou churns out 60 million of the insects weekly. Here's how it's done: Specially bred male mosquitoes are helping to control population of disease-spreading mozzies

A version of this article appeared in the print edition of The Sunday Times on November 18, 2018, with the headline 'Factory like no other'. Subscribe
Topics:
More
Whatsapp Linkedin FB Messenger Telegram Reddit WeChat Pinterest Print Purchase Article Copy permalink