The Taliban announced their government on Tuesday, with a UN-blacklisted veteran of the hardline movement in the top role, weeks after they swept to power and toppled the US-backed president.

But as the Taliban transitions from militant force to governing power of Afghanistan, security officials grappled with a growing number of protests against its rule, with two people shot dead in the western city of Herat.

Mullah Mohammad Hassan Akhund - a senior minister during the Taliban's brutal and repressive reign in the 1990s - was appointed acting prime minister, a spokesman said at a press conference in Kabul.

The Taliban had promised an inclusive government that would reflect the ethnic makeup of the country, but all the top positions were handed to key leaders from the movement and the Haqqani network - the most violent branch of the Taliban known for devastating attacks. None of the government appointees were women.

At least 17 patients died after flooding hit a hospital in central Mexico and disrupted the power supply, authorities said on Tuesday.

The facility in the state of Hidalgo was inundated after a river overflowed following heavy rain, the government said on Twitter. The rest of the patients were evacuated and taken to other hospitals, it said.

The hospital was flooded in a matter of minutes and a power cut disrupted oxygen treatment, said Zoe Robledo, general director of the Mexican Institute of Social Security, which operates the facility.

Boris Vishnevsky, a veteran opposition politician, was gearing up to run in elections this month when he learned that two of his opponents would not only have the same name and surname as him, but even the same facial hair in their official portraits.

The 65-year-old seeking to renew his seat in St Petersburg's Legislative Assembly accuses authorities of fielding "spoiler" candidates to confuse his voters and reduce his vote haul.

He said the two other Boris Vishnevskys had changed their names and surnames, and even altered their appearances in their election photographs to look more like him. He posted a photograph of the three of them on Twitter.

Police in Paris caught three suspected armed robbers after opening fire on their car as they made their getaway from a €10 million (S$16 million) jewellery heist at a Bulgari store in the French capital on Tuesday.

Three individuals, wearing sharp suits and armed with guns, robbed the recently revamped boutique on the Place Vendome in central Paris where the Ritz hotel is located, shortly before midday, police said.

The three fled in a car while four accomplices took flight on scooters. Police fired shots at the car near the Les Halles shopping mall, less than two kilometres away, forcing the trio to try and flee on foot. 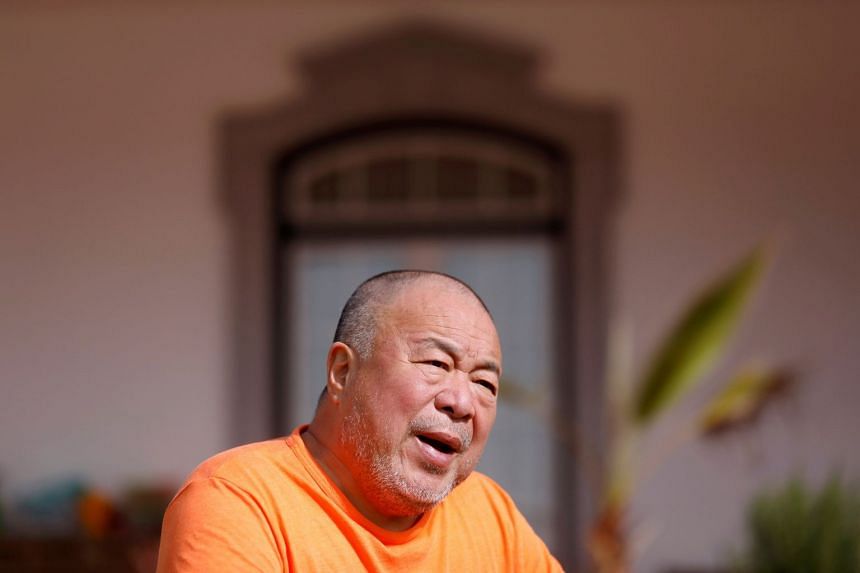 Chinese dissident and artist Ai Weiwei has said Credit Suisse told him it was closing his foundation's bank account in Switzerland earlier this year citing his "criminal record" in China, despite the activist never being convicted of a crime.

One of China's most high-profile artists and political activists, Ai, who now lives in Portugal, wrote in an opinion piece for website Artnet how he was first told by the Swiss bank that it would close the account in the spring of this year.

Many major Western banks, including Credit Suisse, have made winning business from China's ever-growing ranks for the ultra-wealthy a central part of their strategies. However, this has thrown up geopolitical issues for several of them when trying to stay in favour with Beijing.