The annual Balikatan military exercises between the United States and the Philippines are more than just a parade of weapons and men. They also offer a useful lens with which to see Washington's intentions in South-east Asia.

The first Balikatan - which means shoulder-to-shoulder in Tagalog - was held in 1991. Since then, the annual manoeuvres have provided the US with a testing ground not just for its military hardware but also, and more importantly, for tactics that later served it well in Iraq and Afghanistan.

Balikatan allowed the US to hone counter-insurgency tactics in a nation where there is an actual insurgency: US weapons and intel in the hands of the indigenous army, melded with strategies to win over the local population. 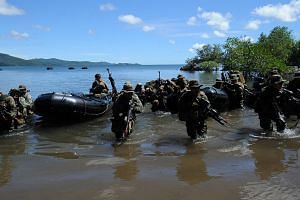 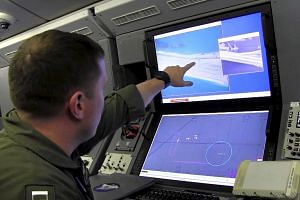 In recent years, however, the focus has shifted outwards, amid China's expansion in the South China Sea. In 2012, some manoeuvres were held in Palawan province, the Philippines' nearest point to the South China Sea, where China has created islands out of reefs to press its territorial claims.

The 2012 Balikatan was meant to remind China that the US is still very much engaged in the region.

Last year, it was touted as a major cog in the US' rebalancing to Asia. That message is being reinforced this year, with surface-to-air missiles and supersonic jets on display for the first time.

Japan and Australia are also getting more "play time".

Dozens of Australian troops will be participating in a drill that simulates the retaking of an oil rig just off Palawan. Japan, meanwhile, sent a submarine to the Philippines - the first time it has done so in 15 years - a day before the exercise began.

Given the rising tensions in the South China Sea over disputed islands in the area, the exercise serves to make the point that should a conflict that nobody wants break out for whatever reason and however unwittingly, the US stands ready to work with its allies to defend common goals.