In the end, Democratic front runner Hillary Clinton squeaked past Vermont Senator Bernie Sanders by the narrowest of margins in the Iowa caucus that had brought both young and old out to vote.

Said Assistant Professor Kelly Winfrey from ISU's Carrie Chapman Catt Centre for Women and Politics: "The very close race between Clinton and Sanders seems to indicate that Sanders was able to turn out a good number of young voters, who have been his biggest group of supporters." Mrs Clinton "showed she can do better than in 2008, and win some of the former Obama supporters and demographics", said Prof Winfrey. 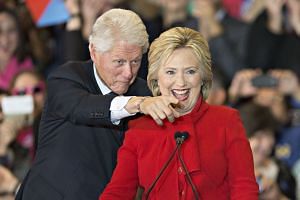 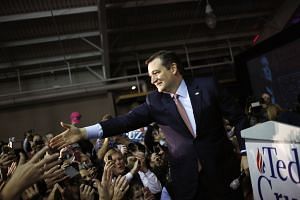 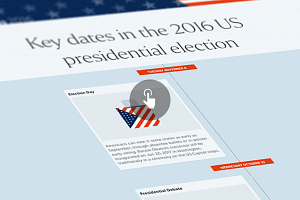 In a Democratic caucus, voters are required to physically move to a corner of the room designated to a particular candidate. After the first head count, voters can persuade undecided voters and those from unviable groups (groups with less than 15 per cent of the voters present) to join their camp.

Caucusing was energetic in ISU's Great Hall, as Clinton and Sanders supporters jostled for 10 undecided voters and 14 who backed former Maryland governor Martin O'Malley. After two hours of caucusing, the result was reflective of the tight national race: 199 to Mrs Clinton and 193 to Mr Sanders.

Mr Peter Benzoni, 22, a computer engineering student who initially voted for Mr O'Malley, switched his vote to Mr Sanders: "My first choice is O'Malley, but I went with Sanders because I want to push Clinton to the left on issues."

Some young voters managed to convince family members to support their preferred candidate.

Mr Jackson Griffith, 22, an environmental science major, got his father to throw his support behind the 74-year-old Mr Sanders.

"Unlike Hillary Clinton, he is a free candidate, powering his campaign off small donations," he said.

On the other side of the Great Hall, older voters rallied around Mrs Clinton, 68, citing her experience and practical policy proposals as reasons for their support.

Ms Karla Embleton, 50, who works in software support, sees Mrs Clinton as "a candidate with vision both internally and internationally". "I don't think Sanders has the international experience."

But experts say young voters may not be able to carry Mr Sanders all the way to the White House. "The challenge for Sanders is going to be getting a large turnout in South Carolina and on Super Tuesday," said Prof Winfrey.

According to the polls, Mr Sanders is leading in New Hampshire, but trails Mrs Clinton in South Carolina and several other states that will vote next month.

"While young voters could swing some of these states for Sanders, I don't think they will ultimately determine the Democratic nominee," said Prof Winfrey.