WASHINGTON (WASHINGTON POST) - President Donald Trump said on Friday (April 12)  that his administration is giving “strong considerations” to a plan to release immigrant detainees into “sanctuary cities,” blaming Democrats for what he characterised as an unwillingness to change immigration laws.

His comments on Twitter followed a Washington Post report that the administration had been eyeing districts of political adversaries, including that of Democratic House Speaker Nancy Pelosi to release detainees.

“The Radical Left always seems to have an Open Borders, Open Arms policy – so this should make them very happy!” Trump wrote.

His tweets suggested that the plan, which immigration officials had rejected in November and February, was again viable.

A White House official and a spokesman for Department of Homeland Security (DHS) sent nearly identical statements to The Post on Thursday, indicating that the proposal was no longer under consideration.

“This was just a suggestion that was floated and rejected, which ended any further discussion,” the White House statement said.

Shortly before Trump tweeted, Pelosi told reporters at a House Democratic retreat here that the idea was “just another notion” showing Trump is “unworthy of the presidency of the United States and disrespectful of the challenges we face.”

House Majority Leader Steny Hoyer said the proposal is “very unfortunate and to be condemned – that you would use (US Immigration and Customs Enforcement, or ICE) to penalise or to (enact) retribution for political reasons.”

“That’s not an act of democratic government,” he said.

The Washington Post reported on Thursday that White House officials have twice tried to pressure US immigration authorities to release undocumented migrants into “sanctuary cities” to retaliate against Trump’s political foes, including Pelosi.

The White House raised the idea in November just after the midterm elections as a migrant caravan was approaching the southern border, then again in February when Democrats were demanding a reduction in detention beds in a budget standoff over the government shutdown.

Pelosi’s San Francisco district was among the cities mentioned as a possible target, according to multiple DHS officials. 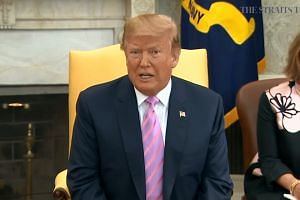 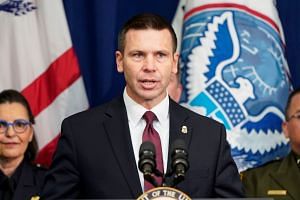 Two took their case to Congress to blow the whistle on the proposal.

The idea never came to fruition and in fact alarmed ICE officials asked to carry it out. ICE leadership protested that busing migrants from the border to different cities in the US would create an undue time and financial burden on an agency already struggling with challenges amid a border crisis, according to emails reviewed by The Post.

Lawyers at ICE rejected the idea for legal reasons as well; others noted it would cause “PR risks” to target Trump’s adversaries.

But the White House believed it could punish Democrats – including Pelosi – by releasing ICE detainees into their districts to try to create an unstable environment and chaos, according to two DHS whistleblowers who independently reported the busing plan to Congress.

The White House focus on San Francisco is noteworthy given Trump’s and GOP lawmakers’ repeated references to the murder of a young woman there at the hands of an undocumented immigrant. In 2015, 32-year-old Kathryn Steinle was shot and killed by an undocumented immigrant, a tragedy Republicans frequently discuss when calling for stricter immigration laws.

Pelosi said her members would look into the news reports of the busing plan.

In a Friday morning statement, House Homeland Security Committee chairman Bennie Thompson, a Democrat, said the fact that the idea was considered twice “serves as a reminder that the Trump administration’s reckless immigration agenda is not about keeping the country safe, but about partisan politics and wantonly inflicting cruelty.”

“If the administration wants to send a message to Democrats, let us send this message to the president: if your immigration policies are not fixing the problem but only cause chaos and focus on keeping people out, they will always fail,” Thompson said.

“Playing politics with the country’s homeland security has been a mainstay of the Trump administration since day one. The American people want it to end.”