US President-elect Donald Trump injected long practical experience in international trade legalities and negotiations with his pick of Mr Robert Lighthizer as US Trade Representative, completing a protectionist troika set to renegotiate the country's trade relationships.

Mr Lighthizer, 69, was a deputy trade representative in the Reagan administration, when the US saw Japan as an economic threat.

As US Trade Representative, he will represent the US at the World Trade Organisation (WTO), working closely with Secretary of Commerce-designate Wilbur Ross, 79, and economist Peter Navarro, 67, who is to head the newly created White House National Trade Council.

"While personnel decisions are not synonymous with policy prescriptions, it's now clear that Mr Trump is eager to adhere to campaign promises on challenging the status quo on US trade," said Ms Shihoko Goto, senior associate for North-east Asia at the Wilson Centre, at a panel on Thursday.

Mr Trump has suggested imposing a 45 per cent tariff on Chinese imports, which analysts say will trigger a complaint from China to the WTO. But Mr Trump has also threatened to walk out of the WTO.

KEEPING HIS WORD ON TRADE

While personnel decisions are not synonymous with policy prescriptions, it's now clear that Mr Trump is eager to adhere to campaign promises on challenging the status quo on US trade.

MS SHIHOKO GOTO, senior associate for North-east Asia at the Wilson Centre, on the choice for US Trade Representative. 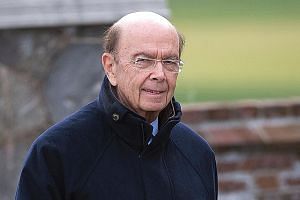 With a team comprising Mr Lighthizer, Mr Ross and Dr Navarro - who has written books blaming free trade and China for destroying the US' manufacturing jobs base - there is no reason to think Mr Trump will not pursue the course.

In a comment in The New York Times in 2008, Mr Lighthizer wrote that free traders "embrace unbridled free trade, even as it helps China become a superpower".

"They see only bright lines, even when it means bowing to the whims of anti-American bureaucrats" at the WTO, he wrote. "They oppose any trade limitations, even if we must depend on foreign countries to feed ourselves or equip our military. They see nothing but dogma - no matter how many jobs are lost, how high the trade deficit rises or how low the dollar falls."

The three men want to make trade policy a tool of industrial policy, Mr Jeffrey Schott, an expert on trade at the Peterson Institute of International Economics, said to The Straits Times. "They're all on the same page from the campaign where Trump was setting grand themes - and they were firmly protectionist."

The Trump campaign maintains that the US has lost nearly one third of its manufacturing jobs since inking the 1994 North American Free Trade Agreement, as well as 50,000 factories since China joined the WTO in 2001.

The Washington Post on Wednesday quoted Mr Alan Wolff, who was deputy trade representative under former president Jimmy Carter, as saying: "The single most outstanding feature of Mr Lighthizer is caring very deeply about the industrial base of the United States.

"He'll do whatever he can with respect to trade policy to ensure that the industrial base is strengthened."

Many analysts worry that slapping high tariffs on Chinese imports will trigger retaliatory tariffs, with the US getting the worst of it.

Experts like Mr Schott have pointed out that it is not only job offshoring that has cost the US. Automation has cut labour numbers - and even if factories were to be built again, they are unlikely to create as many jobs as before.

High tariffs on imports would drive up prices of consumer goods in the US. Chinese retaliation may hurt states like Washington, home to the Boeing Company, and Illinois, Iowa and Minnesota, which export soya beans to China.

The pro-trade Peterson Institute estimated that in a worst-case scenario, a trade war would cost nearly five million American jobs.

Mr Trump could score points domestically by taking a tough line and slapping protective tariffs on imports, but there would be a trade-off between short-term gain and medium- to long-term disruption, warned Professor Glenn Altschuler of Cornell University.

But the incoming adminis- tration's hardline approach to trade with China and Mexico will not necessarily lead to a trade war, said Mr Michael Pillsbury, a senior fellow at the Hudson Institute, who is advising the Trump transition.

Mr Pillsbury, who speaks Mandarin and has written books including The Hundred-Year Marathon: China's Secret Strategy To Replace America As The Global Superpower, told radio host Laura Ingraham on Dec 7 that getting into a trade war with China would be counter-productive. The idea was to get a better deal with China over trade.

"Avoiding war with China is one thing, but compelling them to take us more seriously economically, that's going to be the hard part," he said. "If they decide to accommodate Mr Trump they can really make our economy go up.

"Wilbur Ross has talked about this too. It's about getting the Chinese to contribute to us what we have contributed to their growth."

A version of this article appeared in the print edition of The Straits Times on January 09, 2017, with the headline 'US will bargain hard - but stop short of trade war'. Subscribe
Topics:
More
Whatsapp Linkedin FB Messenger Telegram Reddit WeChat Pinterest Print Purchase Article Copy permalink