NEW YORK (BLOOMBERG) - They were informally called the "Hapsburg group", a misspelled reference to the monarchy that ruled parts of central Europe through World War I.

Under that umbrella, former European heads of state were secretly paid more than €2 million (S$3.2 million) by Mr Donald Trump's former campaign manager, Paul Manafort, to aid lobbying for Ukraine, according to a superseding indictment filed against Manafort on Feb 23 by US Special Counsel Robert Mueller.

While none of the former leaders is named in the indictment, other documents lead to Mr Romano Prodi, former prime minister of Italy; Mr Alfred Gusenbauer, former chancellor of Austria; and Mr Aleksander Kwasniewski, former president of Poland.

In interviews or statements on Saturday (Feb 24), all denied being paid by Manafort. Mr Prodi and Mr Gusenbauer said they advocated for better relations between Ukraine and the European Union before a 2014 uprising.

Mr Gusenbauer told the BBC that he had visited with members of Congress in 2013, part of a "noble" effort to bring Ukraine closer to the EU. He said he understood he was paid for his efforts by a US company but not by Manafort or President Viktor Yanukovych's government.

Mr Kwasniewski, the former Poland president, told the New York Times that he had met Manafort several times during a mission to Ukraine in 2012 or 2013.

"He was an adviser to President Yanukovych, whom I also met, and it was only natural our paths had to cross a couple of times."

"He never paid us," Mr Kwasniewski told the newspaper. "I never had any financial relationship with him, and I never heard of the Hapsburg Group." 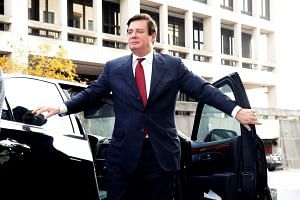 Inside the Manafort money machine: A decade of influence-peddling, lavish spending and alleged fraud 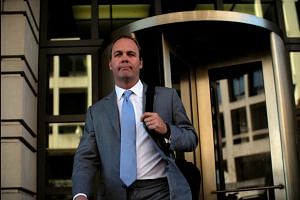 The new indictment of Manafort was released the same day Manafort's longtime deputy, Rick Gates, pleaded guilty to charges of conspiracy and false statements as part of Mr Mueller's sweeping probe of Russian meddling in the 2016 US presidential election. Both were initially charged in October with a scheme to launder money they made while working as unregistered foreign agents on behalf of Ukraine and Yanukovych.

Mr Mueller has increased pressure on the two men, adding additional tax and bank fraud charges against them on Thursday (Feb 22). A day later, Gates admitted in part that he helped Manafort coordinate the "Hapsburg group" on Ukraine's behalf.

Manafort continues to maintain his innocence. A legendary Republican political fixer, he explained in a June 2012 "Eyes Only" memo that the purpose of the "Super VIP" effort would be to "assemble a small group of high-level European influencial (sic) champions and politically credible friends who can act informally and without any visible relationship with the Government of Ukraine",according to the indictment.

The group was managed by a former European chancellor, identified as foreign politician A, in coordination with Manafort, who explained that a non-governmental agency would be created to retain the group but "at our quiet direction," the indictment says. In 2013, politician A and other former European politicians lobbied in Washington, in coordination with Manafort and two lobbying groups.

They are identified in the indictment as Company A and Company B, which people familiar with the matter say is Mercury Public Affairs LLC and the Podesta Group respectively. Neither firm has been charged with any wrongdoing.

Mercury did not return messages seeking comment. The Podesta Group ceased operation last fall amid increased scrutiny of its foreign advocacy. Founder Tony Podesta declined to comment. A person familiar with the matter said the Podesta Group was not aware that the ex-politicians from Europe were paid to advocate for Ukraine.

According to Mr Mueller's office, the centre was created in 2012 and used by Manafort, Gates and others to conduct a public relations campaign in the US and Europe on behalf of Mr Yanukovych's regime.

Both lobbying firms submitted forms with the US government last year detailing their work related to Ukraine.

Mercury explained that it set up meetings with members of Congress, non-governmental organisations, think tanks and members of the media, part of an effort to "highlight the work of the Ukrainian government to align with westerns democracies generally, and the EU specifically on security, political and economic concerns". Speakers for the events include former Ukrainian officials and other experts on the Ukraine and EU, including Mr Kwasniewski, Mr Gusenbauer and Mr Prodi, the filings said.

Mercury reported March 2013 meetings between Mr Prodi and congressional staff members and with Congressman Ed Royce, of California, while Podesta reported attending an event with Mr Prodi that same month.

Mr Royce could not be located for comment. In a statement, Mr Prodi said he did not recall the details of his Washington meetings but "is sure that they were simply meant as a chance to expose his point of view on the situation in Ukraine".

"President Prodi denies both to have played a role in any lobbying effort and to be part of a secret lobby," according to the statement. "Thus he did not receive any money for these activities."