The ousted FBI director will appear Thursday before the Senate intelligence committee, for a hearing sure to be replete with political drama and intrigue.

Most major US television networks plan to carry the event live. Some bars in the US capital are even planning to open early for viewing parties.

These will be the first public remarks from Comey since he was summarily fired by Trump in early May, and represent a moment of great peril for this already embattled president.

Comey's sacking came as the Federal Bureau of Investigation probes possible collusion between the president's election campaign team and Russia - which US intelligence believes hoped to tilt the election in the Republican's favour.

He will face a barrage of questions from Republican and Democratic lawmakers about the circumstances of his firing, as well as allegations that Trump tried to get Comey to shelve the investigation of his aides. 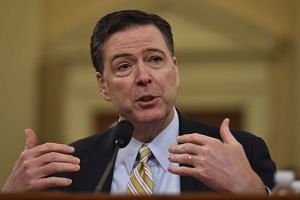 Comey is said to have written detailed notes about three conversations he had with Trump while still FBI director.

The memorandums reportedly document the president's efforts to get the FBI to ease the investigation's focus on former national security advisor Michael Flynn.

Any confirmation that Trump tried to press Comey would open the president to damaging allegations that he attempted to obstruct an ongoing FBI investigation.

The White House said Monday Trump would not use presidential powers to block Comey from testifying to Congress.

The White House had floated the idea that Trump could invoke executive privilege, to protect the confidentiality of presidential discussions, but some aides were wary that it could look too much like a White House cover-up.

But Trump's office put an end to that speculation on Monday, saying: "President Trump will not assert executive privilege regarding James Comey's scheduled testimony."

"The president's power to assert executive privilege is well-established," the White House said in a statement, adding that Comey's testimony would "facilitate a swift and thorough examination of the facts." 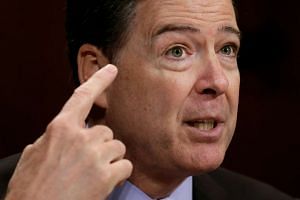 Comey's hotly awaited appearance on Capitol Hill comes as probes by the Justice Department and several congressional committees heat up.

Mueller, respected for his independence and thoroughness, has so far been silent about taking over the investigations.

He reportedly has met with Comey to discuss the probe, and Comey reportedly sought his approval to testify before lawmakers.