The House of Representatives voted 407 to 19 in support of the Visa Waiver Programme Improvement Act of 2015, a Bill backed by the White House in the aftermath of the deadly attacks in Paris that were conducted by extremists who could have travelled to America without a visa.

It would bar people who travelled after March 1, 2011 to Iraq and Syria, as well as Iran and Sudan, from participating in the visa-free programme, require the use of electronic passports for all participating countries and call for those countries to share more intelligence data on terror and criminal suspects.

"In an abundance of caution, we will now require those individuals to apply for a visa and go through the formal visa screening process," said House Republican Candice Miller, the Bill's main sponsor.

Citizens of nations participating in the Visa Waiver Programme (VWP) who are also dual nationals from Iran, Iraq, Syria and Sudan would also not be eligible to participate in the programme. 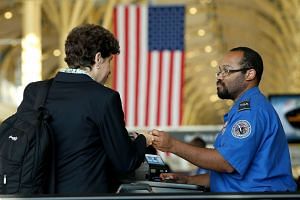 VWP is available to citizens of 38 countries, largely US allies and relatively stable developed democracies.

Many are in Europe, including Belgium and France, the home countries of several of the Paris attackers.

Created in 1986 to help facilitate travel to the US, the programme allows applicants to fill out a detailed form online and pay a small fee, rather than apply at US consulates.

Twenty million visitors annually use the programme, which allows them to stay in the country for up to 90 days and provides a boon to the US economy.

"Yet no amount of economic stimulation is worth risking the lives of our constituents," said House judiciary committee chairman Bob Goodlatte.

"Recent events around the world necessitate changes to the VWP in order to help ensure its safety."

US officials say about 5,000 Europeans, including many from VWP nations, have travelled to Syria and Iraq to fight with extremist groups like the Islamic State in Iraq and Syria (ISIS) and pose an enhanced risk to the United States.

But some lawmakers sceptical of the reforms said it was unclear how some travellers would be affected.

"What does this mean to a Swiss doctor who travelled to Iraq working in a refugee camp providing medical care and wants to come to the US for a conference?" asked House Democrat Keith Ellison.

Should the legislation pass the Senate and earn President Barack Obama's signature, as expected, it would require chip-enhanced electronic passports that contain biometric data for all visa-free travellers arriving in the United States.

"We cannot nor should we simply shut our doors to the world if we want to continue to lead the world," number two House Democrat Steny Hoyer said in support of the Bill.

"This legislation will make it easier for law enforcement to vet those visitors coming from visa waiver countries, such as in Europe, to ensure that we're not admitting those who have travelled to places like Iraq or Syria to link up with ISIS."

Europe will need to step up its cooperation with Washington under the new guidelines in order to help reduce the known vulnerabilities.

"All European members are working together and with the American authorities to address the American concerns," a European diplomat told AFP.