WASHINGTON (REUTERS) - The US Justice Department has gathered enough evidence to charge six members of the Russian government in the hacking of Democratic National Committee computers before the 2016 US presidential election, the Wall Street Journal reported on Thursday (Nov 2), citing people familiar with the investigation.

Federal agents and prosecutors in Washington, Philadelphia, Pittsburgh and San Francisco have been cooperating on the DNC investigation and prosecutors could bring the case to court next year, it said.

By identifying individual Russian military and intelligence hackers with charges, US authorities could make it difficult for them to travel, but arrests and jailing would be unlikely, according to the Journal report.

The hacking investigation, conducted by cybersecurity experts, predates the appointment in May of federal special counsel Robert Mueller to oversee the probe of alleged Russian meddling in the 2016 election and possible collusion with President Donald Trump's campaign. 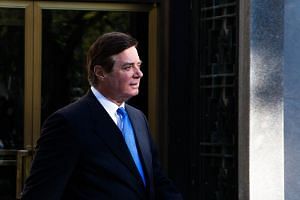 Mueller and the Justice Department agreed to allow the technical cyber investigation to continue under the original team of agents and prosecutors, the Journal said.

The intelligence community concluded in January that Russian President Vladimir Putin ordered the campaign to sway the election in Trump's favour. Russia has denied it meddled in the election and Trump has denied that his campaign colluded with the Russian government.

If the case is brought by federal prosecutors, it would pinpoint the specific Russian military and intelligence hackers behind the attack on the DNC and the emails of John Podesta, who was campaign chairman for Trump's Democratic opponent, Hillary Clinton.

It would be the second time the United States charged Russians with cyber crimes. In March, the Justice Department charged two Russian intelligence agents and two hackers with masterminding the 2014 theft of 500 million Yahoo accounts.