WASHINGTON (REUTERS) - When he ran for president in 2016, Donald Trump delighted crowds with his harsh rhetoric on China. As he runs for re-election in 2020, he is likely to keep talking tough, but the reception - at least in some key states - may not be as euphoric.

Trade talks between the United States and China ran into serious trouble last week as Beijing backtracked on some key agreements and Trump placed higher tariffs on hundreds of billions of dollars of Chinese goods, with more to follow.

The trade war could continue for some time, bleeding directly into Trump's efforts to win a second four-year term.

Some states that helped propel him to victory in 2016, including farmer-heavy Iowa, have been hit hard by the trade dispute.

"If ... he doesn't resolve this by the time we get deep into the presidential campaign and we have pain in the soybean parts of the country ... it's going to be a real problem for him,"said one former Trump administration official, speaking on condition of anonymity.

Soybeans are the most valuable US farm export but shipments to China dropped to a 16-year low in 2018.

The failure to reach a deal that Treasury Secretary Steven Mnuchin and other advisers had recently suggested was close also casts a shadow on Trump's self-proclaimed deal-making prowess. 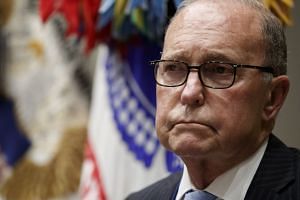 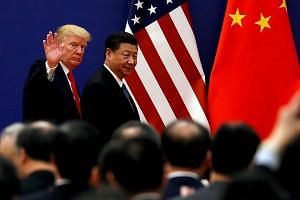 The president himself said recently that Chinese President Xi Jinping would be in Washington soon, presumably to celebrate a deal.

Not having an agreement, though, also underscores Trump's commitment to walk away from a deal that does not meet his objectives. He walked away from face-to-face talks with North Korean leader Kim Jong Un earlier this year when Kim wanted economic sanctions lifted in exchange for partial denuclearisation.

Trump's advisers are confident, particularly with regard to US-China policy, that a show of strength will play well with his base.

"By and large I think his tough stance on China benefits him overall," said Sean Spicer, Trump's former White House spokesman and a former official in the US Trade Representative's office under Republican President George W. Bush. "He has shown that he is truly willing to go out and fight." Trump's top trade representative, Robert Lighthizer, has pushed for China to change its practices on intellectual property, forced technology transfer, currency manipulation, and other areas of policy.

Trump, though delighted when China agreed to make large purchases of US products such as soybeans, backed Lighthizer's tough approach and has insisted on more sensitive structural reforms.

That determination has garnered support from both major US political parties.

Hang tough on China, President @realDonaldTrump. Don’t back down.

Strength is the only way to win with China. https://t.co/pZqeR346ov

Senate Democratic leader Chuck Schumer last week urged Trump to "hang tough" with Beijing. "Don't back down. Strength is the only way to win with China," he said in a tweet.

Clete Willems, until recently a senior adviser to the president on trade and economic policy who took part in the China trade talks for months, said Democrats and Republicans are"pretty united" on the trade issue.

"My expectation is that you won't see people out on the campaign trail saying 'Back down on China!'" he said.

But Democratic candidates are almost certain to criticise Trump's handling of negotiations even if they agree on the need for significant changes to the trade relationship with China.

"He just doesn't know how to cut a trade deal ... Trade by tweets does not work," Senator Elizabeth Warren said at a weekend campaign stop in Cincinnati, Ohio.

Trump's administration and campaign team are aware of the pain the tariffs have already caused farmers and are seeking to blunt the impact of that with government support and by appealing to farmers' patriotism.

"Farmers are patriotic and understand that someone had to finally call China to account," Tim Murtaugh, the Trump campaign's communications director, said in an emailed statement. "Farmers understand the long game, because long-term planning is what they do, and they know that the end result will be better for the agricultural economy."

The economy will be key in the end. If it remains strong, Trump will have a record that resonates with voters, even in states affected by tariffs.

If the economy falters, however, Trump's record will be undercut and Democrats will have a greater chance of beating him in critical states such as Iowa, Michigan, Minnesota, Pennsylvania and Wisconsin.

With his hopes for a deal suffering a setback, Trump is again talking up the benefits of tariffs.

"Tariffs will make our Country MUCH STRONGER, not weaker.

Just sit back and watch!" Trump tweeted on Friday (May 10).