WASHINGTON - The United States slashing aid to Pakistan, amid public chastisement by President Donald Trump, has rattled relations between the two countries.

While Mr Trump's Twitter tongue-lashing has left pundits perturbed and Pakistan insulted and angry - but India and Afghanistan delighted - the US move is not unexpected.

It was signalled months ago in August when President Trump, in announcing his Afghanistan and South Asia policy, had said: "Pakistan often gives safe haven to agents of chaos, violence, and terror."

That same month, Secretary of State Rex Tillerson had suggested: "We have some leverage in terms of aid, their status as a non-Nato alliance partner - all of that can be put on the table."

Defence Secretary James Mattis had also travelled to Pakistan in the interim, and would likely have delivered ultimatums in not so public a manner.

"These messages have been continuously delivered, the solution is not necessarily to augment the volume but to follow through," Dr Sameer Lalwani, senior associate and co-director of South Asia at the Stimson Centre in Washington, told The Straits Times.

"The Trump administration is following through on what was essentially the Obama (administration's) policy in its last two years," Dr Lalwani said.

But he added: "The rhetoric accompanying it is relatively new and is particularly unhelpful."

He said: "You can have subtle pressure that sends the right signals (but) when you publicise it… and (make) blanket statements like Pakistan has been of no help whatsoever, that's when you trigger a lot of reaction in Pakistan that could actually undermine the objective.

"Instead of triggering introspection and a rethink of policy, you can trigger a rally around the flag."

Speaking to reporters in New York on Tuesday (Jan 2), US Ambassador to the United Nations Nikki Haley warned that the President was "willing to go to great lengths" to get Pakistan to stop harbouring terrorists who targeted US troops in Afghanistan.

Analysts are now waiting for more specifics - and for what Pakistan may do in response.

Before the US can send security aid to Pakistan, it must certify that Pakistan is cracking down on militant groups. The Obama administration used to invoke a national security waiver that allowed it to avoid the certification process.

The Trump administration clearly is not playing that game, Mr Michael Kugelman, senior associate for South Asia at the Woodrow Wilson Centre, said in an e-mail to The Straits Times.

Given the anger in Pakistan, if Islamabad retaliates by cutting off the Nato supply route from Karachi to Afghanistan, it could be a game changer for the US-Pakistan relationship and for the war in Afghanistan - currently the longest ever US war. 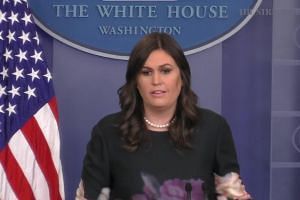 US puts Pakistan on notice: Do more to stop terrorism, will withhold US$255m in aid

But Pakistan may not go that far, analysts say. And even if it does, the US has also been exploring alternative, though more expensive routes, and could fly in supplies or send them via central Asia.

In the longer term though, an estrangement with the US would likely drive Pakistan deeper into the arms of China - even if Beijing is also concerned about the influence of radical Islamic militant groups.

"China is a winner given that Pakistan will grow even more dependent on Beijing, and will be even more likely than it already is to help the Chinese pursue their objectives in Pakistan," Mr Kugelman wrote.

One of Beijing's key objectives is to develop the China-Pakistan Economic Corridor (CPEC), which is part of President Xi Jinping's "One Belt, One Road" (OBOR) project linking Asia and Europe via a nexus of land and maritime highways.

With China committed to up to US$62 billion (S$82.5 billion) worth of investment in Pakistan, Washington's economic leverage, while still significant, is little competition, some analysts say.

"Pakistan is already a major ally of China's," Dr Bharath Gopalaswamy, director of the South Asia Centre of the Atlantic Council, said. "Economically and security-wise, Pakistan's future hinges on China."