It is increasingly likely that the incoming Trump administration will adopt a hard line towards China over Taiwan, even at the risk of a backlash, analysts say.

This would be in line with Mr Donald Trump's nationalist campaign rhetoric in which he repeatedly castigated President Barack Obama for being too soft on Beijing and losing its respect.

"There seems less and less deniability that the incoming administration is taking a new and deliberate approach towards Beijing," Dr Satu Limaye of the East West Centre in Washington told The Straits Times.

Some Americans have been arguing that there are no costs to China's assertiveness, he said, for instance, on the South China Sea where it has been building infrastructure, including military facilities despite rival claims.

Mr Trump hit back at those who criticised him for taking Taiwan President Tsai Ing-wen's recent phone call - and several conservatives sprang to his defence, saying no country should be allowed to dictate whom the US could talk to. 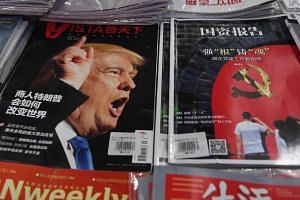 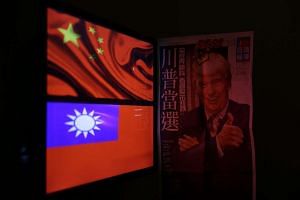 Mr Trump, analysts say, was using the fact that he is still President-elect to his advantage.

Speaking to Fox TV on Sunday, he stuck to his guns, saying: "I don't know why we have to be bound by a 'one China' policy unless we make a deal with China having to do with other things, including trade."

Asked about the planning for the Dec 2 call, he said he learnt about it "an hour or two" before it took place, but understood the stakes.

Ms Bonnie Glaser, who focuses on Chinese foreign and security policy at the Centre for Strategic and International Studies, told The Straits Times: "There are a lot of people close to Donald Trump who want closer ties to Taiwan... They want to strengthen US leverage over China and are using Taiwan to do it."

Dr Patrick Cronin, a senior director at the Centre for a New American Security, noted that when China was "a poor, developing nation", the US "could afford to make disadvantageous deals".

"But China's economy continues to grow at three times the rate of the United States," he said.

"Trump will negotiate with China from a position of strength," he said. "The United States will do what is necessary to protect its national security and comprehensive power, even if that entails revising past accords or understandings."

Mr Michael Kugelman, senior programme associate for South and South-east Asia at the Woodrow Wilson Centre, said Mr Trump was "telegraphing a desire to break with foreign policy convention regardless of the consequences".

"At the same time... a brief phone call with the Taiwan President does not by any means translate to a US abandonment of the 'one China' policy," he cautioned.

"Trump is evidently trying to keep China off-balance and thinks this will enable him to gain the upper hand," Ms Glaser said. "However... people who have been on the outside for eight years do not realise how much China has changed."

The appointment of Iowa governor Terry Branstad as the next Ambassador to China would, however, finesse the US' strategy, analysts say. As a longstanding friend of Chinese President Xi Jinping, Mr Branstad is a good choice as "we don't have access to anyone in Mr Xi's inner circle", Ms Glaser said.