US President Donald Trump has said he would have an "extended" meeting with his Chinese counterpart Xi Jinping at the upcoming Group of 20 (G-20) summit, raising hopes of an easing of tensions in their trade conflict.

In a tweet yesterday, Mr Trump also said trade talks between the two countries would resume before the meeting in Osaka.

"Had a very good telephone conversation with President Xi of China. We will be having an extended meeting next week at the G-20 in Japan. Our respective teams will begin talks prior to our meeting," he wrote.

News about the meeting came as more than 300 companies and industry associations in the US - from sport fishing and beer brewing to software and ports that import heavy equipment from China - lined up to make their case for exemptions from the additional tariffs on China threatened by the Trump administration.

The US has slapped tariffs on some US$250 billion (S$342 billion) worth of imports from China. But with no concessions from Beijing, and talks at an impasse, the Trump administration is considering tariffs on an additional US$300 billion of Chinese imports.

Most companies say that in principle they support what Mr Trump is doing - pressuring China for reciprocal trade terms, more open markets and protection for American intellectual property.

But they also warn of extensive damage from higher input prices, lost orders and disrupted supply chains, with the ultimate bill being paid by the US consumer. 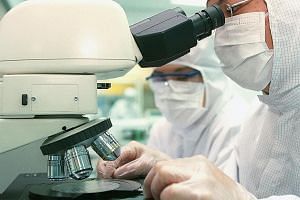 The National Retail Federation, for instance, has estimated that China supplies 42 per cent of all apparel, 73 per cent of household appliances and 88 per cent of toys sold in the United States.

The firms began making their cases on Monday, the first of seven days of hearings at the office of the US Trade Representative (USTR).

The companies that signed the letter, organised by the group Tariffs Hurt the Heartland, included Levi Strauss, Ikea, PetSmart and the Port of Los Angeles.

Separately, in a letter posted on the USTR public comment website, Dr Monica Gorman, vice-president of responsible leadership and global compliance at New Balance Athletics, noted that the company had won a trademark infringement lawsuit in China in 2017.

"New Balance's five US manufacturing facilities... are supported by a global supply chain that has been planned and built over decades," she wrote. "Our testimony will describe how the proposed imposition of tariffs on components used in domestic footwear manufacturing will not just translate into higher costs, but jeopardise our ability to maintain production levels and continue investing in our domestic factories."

All eyes are now on what might transpire at a meeting between Mr Trump and Mr Xi at the G-20 on June 28-29.

US Commerce Secretary Wilbur Ross had earlier downplayed expectations, telling The Wall Street Journal that the best outcome in Japan would be a return to negotiations - and an actual agreement may take 10 months or more. 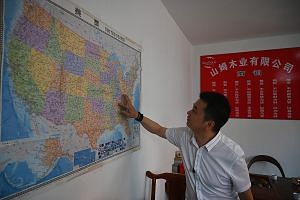 "We will eventually make a deal, but if we don't, the President is perfectly happy with continuing the tariff movements that we've already announced, as well as imposing the new ones that he has temporarily suspended," he told CNBC on Monday.

But the US is also facing a lot of hard questions, Ms Thea Lee, president of the Economic Policy Institute, a bipartisan think-tank, told The Straits Times in an interview.

"If you are too stringent about protecting against perceived security risks you could pay an economic price, and if you are only looking at profits then you could be paying a security price.

"That's… a mistake the US government and business community have made," said Ms Lee, who is also a member of the US-China Economic and Security Review Commission - a body set up by Congress some 20 years ago but increasingly growing in clout today, given the strategic competition with China.

A version of this article appeared in the print edition of The Straits Times on June 19, 2019, with the headline 'Trump to have extended meeting with Xi at G-20'. Subscribe
Topics:
More
Whatsapp Linkedin FB Messenger Telegram Reddit WeChat Pinterest Print Purchase Article Copy permalink