Trump picked US Senator Jeff Sessions for attorney-general, rewarding a staunch supporter whose tough and sometimes inflammatory statements on immigration have reflected his own. The choice was applauded by the top Republican in the Senate but drew criticism from civil rights activists.

Retired Army Lieutenant-General Mike Flynn, who has championed Trump’s promises to take a more aggressive approach to terrorism, was chosen as his national security adviser.

The three choices, announced by Trump’s transition team, come as the Republican president-elect works to fill key positions in his administration, which will take over from Democratic President Barack Obama on Jan 20.

Sessions and Pompeo seem likely to be confirmed by the Senate despite heavey resistance from Democrats.

Republicans will control a majority, with at least 51 seats in the 100-seat chamber, when Congress reconvenes in January.

Trump team to move transition along after delays 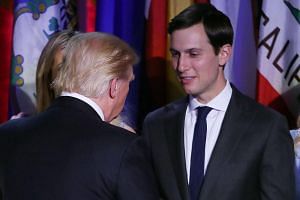 One of the earliest Republican lawmakers to support Trump’s White House candidacy, Sessions opposes any path to citizenship for illegal immigrants and was an enthusiastic backer of Trump’s campaign promise to build a wall on the border with Mexico. He has also argued for curbs on legal immigration on the grounds that it drives down wages for US workers.

A former Alabama attorney-general and US attorney, Sessions, 69, has been in the Senate for 19 years. Allegations that he made racist remarks led the Senate to deny his confirmation as a federal judge in 1986.

The chamber’s top Democrat, Chuck Schumer, said he would want Sessions to answer “tough questions” about his civil rights positions. The attorney-general acts as the country’s chief law enforcement officer and head of the Justice Department.

“How can we trust someone in that role who has demonstrated he thinks all forms of immigration are bad for America?” said Beth Werlin, head of the American Immigration Council.

Sessions has been one of Trump’s most enthusiastic backers on Capitol Hill and the President-elect has hired several of Sessions’ staffers, including policy chief Stephen Miller and Rick Dearborn, who has a top job managing the transition.

Flynn, one of Trump’s closest advisers, was fired from the Defence Intelligence Agency in 2014, a move he has attributed to his outspoken views about fighting Islamic militancy. Other officials who worked with Flynn cited his lack of management skills and leadership style as reasons for his firing.

An Army intelligence veteran of three decades, Flynn was assistant director of national intelligence under Obama. He views the 2003 invasion of Iraq as a strategic blunder and has refused to condemn Trump’s support for the renewed use of waterboarding. This is an interrogation technique that simulates drowning, is widely considered torture and was banned by Obama.

Pompeo, 52, a third-term Republican congressman and former US Army officer who founded an aerospace company, was a surprise pick to lead the CIA.

A member of the House Intelligence Committee, Pompeo has called for a revival and expansion of a now-defunct domestic spying programme to include “financial and lifestyle information” as well as phone records.

He has said that Edward Snowden, a former government contractor who uncovered the spying programme and who now lives in Russia, should get the death penalty if he is ever tried and convicted.

Pompeo has been one of the most aggressive critics of the Obama administration’s handling of a 2012 attack on US diplomatic facilities in Benghazi, Libya, that killed the US ambassador and three other Americans.

Neverthless, Democrats who have worked with him joined Republicans in describing Pompeo as knowledgeable and hard working.

“While we have had our share of strong differences - principally on the politicisation of the tragedy in Benghazi – I know that he is someone who is willing to listen and engage,” Representative Adam Schiff, the top Democrat on the Intelligence Committee, said on Friday.