WASHINGTON (WASHINGTON POST) - US President Donald Trump on Tuesday (Aug 27) blamed "radical left Democrats" for spreading a "false and nasty rumour" about a bedbug infestation at his golf resort in Doral, Florida, after he said he would like to hold next year's Group of Seven (G-7) summit at the property.

"No bedbugs at Doral," Trump wrote in a midmorning tweet.

"The Radical Left Democrats, upon hearing that the perfectly located (for the next G-7) Doral National MIAMI was under consideration for the next G-7, spread that false and nasty rumor. Not nice!"

In 2016, Doral was sued by a former guest, Eric Linder, who said he had been bitten multiple times by bed bugs while staying in the luxe Jack Nicklaus Villa at Trump's property.

His complaint alleged that he awoke to discover "welts, lumps and marks over much of his face, neck, arms and torso."

Linder alleged that the villa had "a history of severe bed bug infestation."

The Trump Organisation denied the allegation, without going into detail. It settled the case in 2017, shortly after Trump's inauguration. 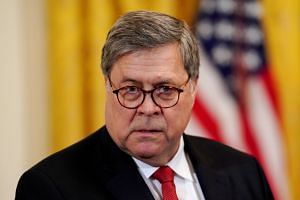 Reports about the settlement resurfaced on social media on Monday after Trump held a joint news conference with French President Emmanuel Macron at the end of the G-7 summit in Biarritz, France.

At the news conference, Trump sought to make a case for convening at the Trump National Doral Miami next year when the United States hosts the G-7 summit.

By Monday night, the hashtag " #TrumpBedBugs" was trending on Twitter.

Those needling Trump included university professor and author Seth Abramson, who wrote: "Next year it's the 'G-7 Million' - seven world leaders and the 6,999,993 bedbugs at Trump Doral."

This is the #TrumpBedBugs victim who was viciously attacked at the insect-infested Trump Doral. He sued and was awarded damages. Warning to all - avoid the Trump Doral or face a similar fate! pic.twitter.com/y3XhDN7JhG

At Monday's news conference, Trump touted the location and amenities of his property.

"Doral happens to be... only five minutes from the airport, the airport's right next door," he told reporters.

"And, by the way, my people looked at 12 sites, all good, but some were two hours from the airport, some four hours.

"We have a series of magnificent buildings, we call them bungalows, they each hold from 50 to 70 rooms, they have magnificent views," he added.

"And what we have also is Miami."

It was unclear late on Monday whether Trump had formally chosen Doral.

Trump said he had not. But after he spoke, the White House's official Twitter account seemed to say he had - calling Doral "the location of the next (G-7) summit."

In other morning tweets, Trump took aim at the news media, claiming it had unfairly covered a summit in France that ended with no major breakthroughs.

"The G-7 was a great success for the USA and all," Trump wrote.

"LameStream Media coverage bore NO relationship to what actually happened in France - FAKE NEWS. It was GREAT!"