WASHINGTON • Signs have emerged that US President-elect Donald Trump would use any available leverage to realign the US' relationship with its two biggest global strategic rivals, the Wall Street Journal reported.

Mr Trump said in an interview with the Journal that he would keep intact sanctions against Russia "at least for a period of time", and that he would not commit to the "one China" policy until he sees progress from Beijing in its currency and trade practices.

"If you get along and if Russia is really helping us, why would anybody have sanctions if somebody's doing some really great things?" he said in excerpts from the interview published last Friday.

Mr Trump suggested he might do away with the sanctions - imposed by the Obama administration late last month in response to Moscow's alleged cyber attacks - if Russia proves helpful in battling terrorists and reaching other goals important to the US, the paper said.

He also said he is prepared to meet Russian President Vladimir Putin some time after he is sworn in on Friday. "I understand that they (Russia) would like to meet, and that's absolutely fine with me," he said. 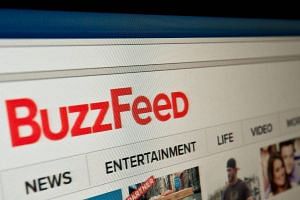 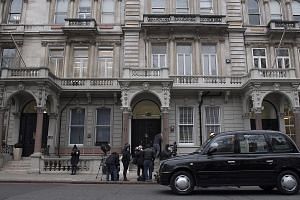 The Trump-Russia Dossier: Between truth & lies

Asked if he supported the "one China" policy on Taiwan that has underpinned US relations with Beijing for decades, Mr Trump said: "Everything is under negotiation, including 'one China'."

He angered Beijing by taking a congratulatory phone call from Taiwanese President Tsai Ing-wen and questioning the "one China" policy after his win. The US acknowledges the Chinese position that there is only one China and that Taiwan is part of China.

Mr Trump has said in the past that he would label China a currency manipulator after he takes office.

In the interview, he said he would not take that step on his first day in office. "I would talk to them first," he said. "Certainly they are manipulators. But I'm not looking to do that."

But he made plain his displeasure with China's currency practices. "Instead of saying, 'We're devaluating our currency', they say, 'Oh, our currency is dropping'. It's not dropping. They're doing it on purpose," he said. "Our companies can't compete with them now because our currency is strong and it's killing us."

Amid intelligence reports of Moscow's interference in the presidential election, US senators launched an investigation into Russian spying last Friday, saying the allegations "raise profound concerns". The probe, backed by both Democrats and Republicans on the Senate Intelligence Committee, could trigger forced testimony by officials from both the outgoing Obama administration and incoming Trump government.

A report from the Director of National Intelligence released early this month says Russia hacked Democratic Party computers and accounts to release files embarrassing to Mr Trump's Democratic opponent Hillary Clinton, and also conducted a campaign of media manipulation with the same aim.

Mr Trump, who rejected suggestions about Moscow's aid, promised last Friday a "full report" on the hacking claims within 90 days.

Earlier, incoming US press secretary Sean Spicer said the pair spoke by phone on Dec 28 about "the logistics of setting up a call" between their presidents, and "exchanged logistical information on how to initiate and schedule that call".

"That was it. Plain and simple."

A version of this article appeared in the print edition of The Sunday Times on January 15, 2017, with the headline 'Trump open to negotiating on 'one China' policy'. Subscribe
Topics:
More
Whatsapp Linkedin FB Messenger Telegram Reddit WeChat Pinterest Print Copy permalink