Powell, appointed to the Fed board in 2012 by then-President Barack Obama, emerged as Trump’s choice from a five-person slate of possible nominees that included Yellen as well as others who would have represented a sharp change in monetary policy.

In an announcement at the White House, Trump called Powell a strong, committed and smart leader.

“He has proved to be a consensus builder for the sound monetary and financial policy that he believes in ... based on his record I am confident that Jay has the wisdom and leadership to guide our economy,” Trump said as the Fed nominee looked on.

The decision, which ended an unusually public, months-long search, offers a bit of both worlds, allowing Trump to select a new Fed chief while getting continuity with a Yellen-run central bank that has kept the economy and markets on an even keel. 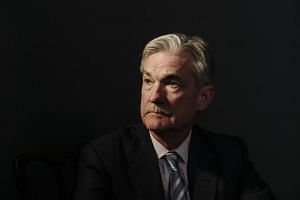 Who is Jerome 'Jay' Powell? 5 things about new Fed chief

In June, he laid out both a defense of the Fed’s gradualist path and a critique of those, including some of his competitors for the Fed’s top job, who argued that the central bank had increased the risk of high inflation and other problems.

Trump on several occasions has said he would prefer rates to stay low, a position at odds with some of those who were on his shortlist for the Fed job, particularly Stanford University economist John Taylor and former Fed Governor Kevin Warsh. Top White House economic adviser Gary Cohn also was a contender.

Powell has been a reliable supporter of the consensus forged by Yellen on the policy-setting Federal Open Market Committee (FOMC), and likely will be seen as a less risky choice with the economy growing solidly and US stock markets near record highs.

The Fed has raised rates twice this year and is widely expected to do so again next month.

“The (FOMC) has been patient in raising rates, and that patience has paid dividends,” Powell said in his remarks to the Economic Club of New York in June.

“After a tumultuous decade, the economy is now close to full employment and price stability. The problems that some commentators predicted have not come to pass. Accommodative policy did not generate high inflation or excessive credit growth.”

But Powell has gone further than his colleagues in calling to relax some of the stricter regulations imposed after the 2007 to 2009 financial crisis and recession, also one of Trump’s goals. Powell can now pursue that end along with Trump appointee Randal Quarles, the Fed’s new vice chair for supervision.

Though he will be the first Fed chief since the late 1970s without an advanced degree in economics, Powell brings market insights, Fed board experience and ties to the Republican Party that analysts argued likely make for a smooth transition and relatively easy Senate confirmation.

Under President George H.W. Bush, Powell oversaw policy on financial institutions and debt markets as an undersecretary of the Treasury. From 1997 to 2005 he was a partner at the Carlyle Group, a private equity firm, and focused on public debt dynamics while at the Bipartisan Policy Center think tank.

“The kernel of what this boiled down to is that in selecting Powell, (Trump) has all but selected Yellen,” said Sarah Binder, a political science professor at George Washington University and author of a recent book on Fed politics. “There is not really much daylight, if any.”

Yellen is entitled to remain as a Fed governor until 2024, though previous central bank chiefs have traditionally not stayed once a successor was in place.