WASHINGTON (AFP) - Donald Trump's remarks on Thursday (Feb 28) about taking Kim Jong Un's word that he knew nothing of the torture of an American college student while in North Korean custody has sparked a bipartisan backlash back home.

The US president appeared to side with the reclusive leader about the 2017 case of Otto Warmbier, who a US judge concluded was tortured by North Korean authorities.

Warmbier was released in a coma and died shortly afterwards.

"He knew the case very well, but he knew it later," Trump said of Kim at the conclusion of their Hanoi nuclear summit, adding that "some really bad things" happened to Warmbier while he was detained.

Kim "tells me that he didn't know about it, and I will take him at his word."

Trump took credit for the release of Warmbier and other US hostages in 2017, saying at the time that "Otto was tortured beyond belief by North Korea."

But as Trump presses for Korean denuclearisation, he has developed a closer relationship with Kim.

Trump: I take Kim 'at his word' on Otto Warmbier death 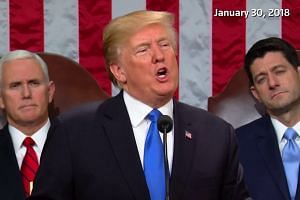 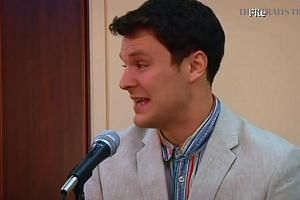 Trump's comments about Warmbier brought swift condemnation from congressional Democrats, who took it as the latest example of the president accepting denials from autocratic leaders, including Russia's Vladimir Putin and Crown Prince Mohammed bin Salman of Saudi Arabia.

House Speaker Nancy Pelosi said she thought there was "something wrong" with the US president choosing to believe "thugs" like Putin and Kim over the US intelligence community.

"Otto Warmbier's bogus arrest and brutal murder was an international incident. Of course Kim knew about it," Senator Mark Warner, the top Democrat on the Senate Intelligence Committee, said on Twitter.

"Apparently, the President of the United States is the only one who believes this obvious lie."

An angry House Intelligence Committee chairman Adam Schiff branded Trump's acceptance of Kim's denial "detestable," while Senator Chris Van Hollen said the United States "cannot give Kim Jong Un a free pass for torturing and murdering one of our own."

The early public outrage among Republicans was limited to those not in Congress or in office.

"This is reprehensible, what he just did. He gave cover... to a leader who knew very well what was going on with Otto Warmbier," former Republican senator Rick Santorum said on CNN.

While Trump's former UN ambassador Nikki Haley, a Republican Party luminary, said that "Americans know the cruelty that was placed on Otto Warmbier by the North Korean regime," she stopped short of criticising the president.

"We will never forget Otto," she said.

Republican congressman Brad Wenstrup from Ohio, the Warmbiers' home state, offered a similar reaction but refused to admonish Trump for his comments.