After virtually securing the Republican Party nomination, now comes the harder part for businessman Donald Trump: trying to unite a fractured party behind him.

Following a whirlwind 24 hours that saw the two other contenders for the party nomination dropping out, both Mr Trump and party insiders are coming to terms with the difficult path that lies ahead.

Mr Trump has alienated large segments of the party and will need them to return to have any hope of prevailing in the general election in November.

Political observers say, however, that there is little the brash real estate developer is able or willing to do to unify the party. 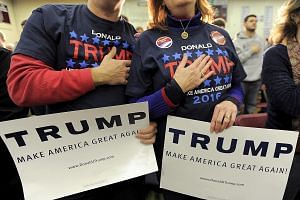 President Trump in charge? It's a frightening thought 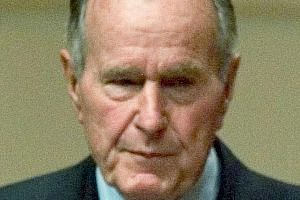 To endorse Trump or not is the question now 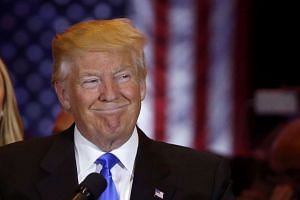 So now Donald Trump is the Republican presidential nominee. Here's what columnists are saying

Ordinarily, at this stage of a race, the job of bringing the party together is undertaken by both party leaders and the candidate. Nominees develop more moderate messages that can appeal to broader segments of the base, while party leaders bring the different factions together with strong endorsements of the flag-bearer.

All that is tougher this time because of the deeply angryand chaotic nature of the campaign.

And Mr Trump doesn't appear to be helping himself either. In interviews given on Wednesday, after he became the presumptive nominee, Mr Trump said he did not care to unite the whole party.

"I am confident I can unite much of it. Some of it I don't want," he said on NBC's Today show.

On CNN, he also resisted suggestions that he might change the tone of his rhetoric or back down from some of his more controversial policy suggestions.

"I went to the best school, I am a smart person, I did well. I am who I am. I don't like to change," he said in an interview where he also doubled down on his call for a temporary ban on Muslims entering the United States.

One thing he can do, however, is to pick a vice-presidential running mate who can mend some bridges with the party establishment.

The vice-president pick "rarely has a great effect on the race", said Mr John Fortier, director of the Bipartisan Policy Centre's Democracy Project.

"But it's interesting this time. I do think that this is an opportunity for him to do some more to unify the party or to solidify himself within the party."

And on that score, Mr Trump has indicated a desire to pick a seasoned politician instead of a political outsider.

Most analysts acknowledge that the problems in the party go beyond Mr Trump. Though he has arguably made things worse, he entered a party already divided.

Mr Henry Olsen, a senior fellow at the Ethics and Public Policy Centre, points to three large factions that have fundamental disagreements with one another. These are the staunch conservatives, the pro-business conservatives and the "hard-pressed sceptics" who are working-class Americans battered by the struggling economy.

It is the latter group that forms the core of Mr Trump's support. "These voters ask different questions and want different things from the Republican factions that have been fighting each other for the past 40 years," Mr Olsen said.

Bringing the three groups together will be very difficult.

For all the problems, few expect the elections to be a shoo-in for the Democrats. Although Mr Trump has lost some Republicans, most of them are expected to come back eventually. Senate Majority Leader Mitch McConnell, for instance, issued a tepid endorsement of Mr Trump on Wednesday.

The closing of ranks will be driven by the need to stop Democratic front runner Hillary Clinton and the high stakes at the coming election.

Whichever party wins the presidency will determine the balance of the US Supreme Court for a generation.

Said American Enterprise Institute resident fellow Michael Barone: "I wouldn't rule out the possibility... of some people who currently say they wouldn't vote for him in a million years changing their minds between now and November."

A version of this article appeared in the print edition of The Straits Times on May 06, 2016, with the headline 'Tough task of uniting a fractured Republican Party'. Subscribe
Topics:
More
Whatsapp Linkedin FB Messenger Telegram Reddit WeChat Pinterest Print Purchase Article Copy permalink