NEW YORK/SAN FRANCISCO (REUTERS) - Most of Facebook's US users have remained loyal to the social network despite revelations that a political consultancy collected information about millions of accounts without owners' permission, a Reuters/Ipsos poll released on Sunday (May 6) showed.

Facebook has faced pressure from regulators, privacy advocates and shareholders since it said in March that political consultant Cambridge Analytica wrongly obtained personal data through a quiz app connected to Facebook. US lawmakers grilled Facebook chief executive Mark Zuckerberg for two days on the matter.

The Reuters/Ipsos poll adds to other indications that Facebook has so far suffered no ill effects from the episode, other than a public relations headache.

The national online poll, conducted April 26-30, found that about half of Facebook's American users said they had not recently changed the amount that they used the site, and another quarter said they were using it more.

The remaining quarter said that they were using it less recently, had stopped using it or deleted their account.

That means that the people using Facebook less were roughly balanced by those using it more, with no clear net loss or gain in use.

Among all adults, 64 per cent said they use Facebook at least once a day, down slightly from 68 per cent who said so in a similar poll in late March, shortly after news organisations reported Cambridge Analytica's activity.

Analyst Michael Pachter of Wedbush Securities said Facebook is lucky the data apparently has been used only for political ads and not more nefarious purposes.

"I have yet to read an article that says a single person has been harmed by the breach," he said. "Nobody's outraged on a visceral level."

Facebook declined to comment. Its executives have apologised for the data-harvesting, pledged to investigate others who collected Facebook user data and reduced the amount of data available to similar app developers now. 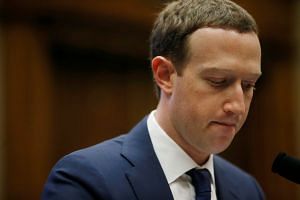 It's not just America: Zuckerberg has to answer for Facebook's actions around world 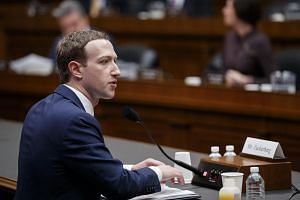 In its first quarter results, however, Facebook said the number of monthly users in the United States and Canada rose to 241 million on March 31 from 239 million on Dec 31, growth that was roughly in line with recent years.

According to the poll, more Facebook users said they knew how to guard their personal information on the site than users of other social media platforms such as Snapchat, Instagram, Pinterest and Tumblr.

It found that 74 per cent of Facebook users said they were aware of their current privacy settings, and 78 per cent said they knew how to change them.

The remaining 9 per cent said they do not know how much control they have.

It has a credibility interval of 3 percentage points, meaning that the results could vary in either direction by that amount.