Ho Jun Jia, who has been arrested in S'pore, allegedly stole identities to mine bitcoins

A Singaporean man has been charged in the United States with federal crimes related to alleged mining of cryptocurrency using computing power and services obtained with identity and credit card data stolen from California and Texas residents.

The US Department of Justice (DOJ) said that Ho Jun Jia, or Matthew Ho, was taken into custody by Singapore police on Sept 26 and is being investigated for various alleged offences committed under Singapore law.

The DOJ stated that following the surge in the value and popularity of cryptocurrencies between October 2017 and February last year, Ho, 29, "ran a large-scale cryptocurrency mining operation, propelled predominantly, if not exclusively, through fraud and identity theft".

"The essence of the scheme... was to use stolen personal and financial information to open accounts in the names of others... in order to obtain things of value, including computing and data storage services," it said.

Ho then generated cryptocurrency units that he exchanged for regular currency.

He allegedly used stolen identity and credit card information of a prominent California video-game developer to open cloud computing accounts at multiple American cloud service providers, which he used to mine cryptocurrencies such as bitcoin and ethereum. 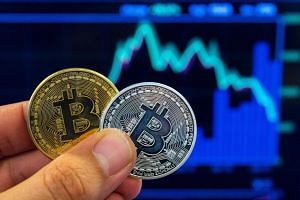 Ho used the fraudulently obtained computing power to mine cryptocurrency - in which "miners" essentially compete to verify blockchain transactions and receive an amount of cryptocurrency in return, it added.

"In the few months his scheme remained active, Ho consumed more than US$5 million (S$6.9 million) in unpaid cloud computing services with his mining operation and, for a brief period, was one of Amazon Web Services' largest consumers of data usage by volume," the DOJ said.

"Some of the bills were paid by the California game developer's financial staff before the fraud was detected."

Ho apparently also used the identities of a Texas resident and the founder of a tech company in India and opened cloud services accounts with Google Cloud Services, which he similarly used as part of his cryptocurrency operation.

Wire fraud is punishable by up to 20 years in prison and access device fraud by up to 10 years.

In addition, aggravated identity theft is punishable by a mandatory two years in prison to run consecutive to any other sentences imposed.

The DOJ said the case is being investigated by the Federal Bureau of Investigation (FBI) Seattle Office's Cyber Crime Unit, with assistance from the Singapore Police Force - Technology Crime Investigation Branch, the Attorney-General's Chambers of Singapore, the DOJ Criminal Division's Office of International Affairs and the FBI Legal Attache Office.

The Singapore Police Force confirmed that a 29-year-old man has been arrested and charged with an offence under the Computer Misuse Act and that they are investigating.

The Straits Times understands that this was the same man charged in the US.

A version of this article appeared in the print edition of The Straits Times on October 11, 2019, with the headline 'S'porean charged in US with 'sophisticated fraud scheme''. Subscribe
Topics:
More
Whatsapp Linkedin FB Messenger Telegram Reddit WeChat Pinterest Print Purchase Article Copy permalink